Worst of the pandemic is 'absolutely behind us', says scientist behind Oxford vaccine 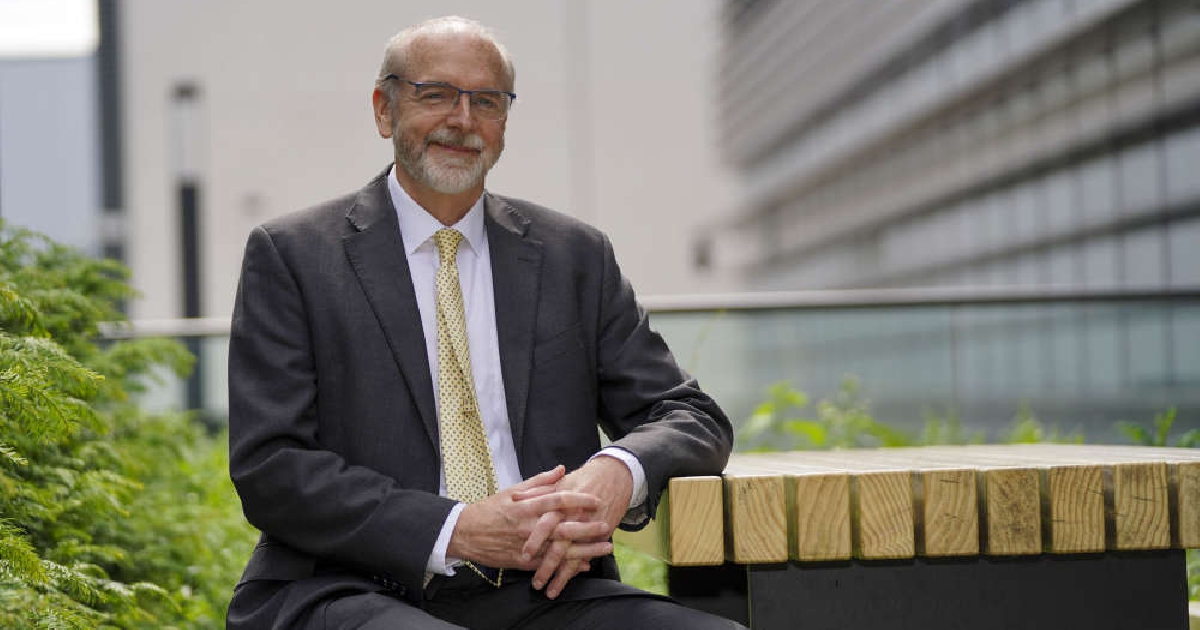 Speaking a year on from the first time AstraZeneca was administered to a member of the public, Oxford University Professor Sir Andrew Pollard tole The Telegraph: "The worst is absolutely behind us. We just need to get through the winter."

Asked about Prime Minister Boris Johnson's current handling of the crisis, with his relatively light restrictions across England, Prof Pollard said: "(It) seems to be working so far. The system isn't falling over. But it's finely balanced.

"We can't fully answer whether he's got it right for some time."

In the 12 months since AstraZeneca was injected into Brian Pinker, 82, a dialysis patient at Oxford's Churchill hospital, nine billion COVID doses, including AstraZeneca, have been given worldwide.

In the UK alone, 90% of over-12s have had their first vaccine and more than 80% have had two doses, while 33 million boosters have been given.

But Prof Pollard - who's Director of the Oxford Vaccine Group - warned that giving boosters to people every six months was "not sustainable" and fourth jabs should not be offered until there is more evidence.

He said there was no point in trying to stop all infections and that "at some point, society has to open up", despite the ongoing threat from Omicron.

"At some point, society has to open up. When we do open, there will be a period with a bump in infections, which is why winter is probably not the best time. But that's a decision for the policy makers, not the scientists," he told the Telegraph.

"Our approach has to switch, to rely on the vaccines and the boosters. The greatest risk is still the unvaccinated."

In a separate interview with Sky News, Prof Pollard said it is too early to say whether future coronavirus variants will be milder than those that emerged earlier in the pandemic.

He said: "I don't think we can be sure at this moment that future versions of coronavirus, the sons and daughters of Omicron, will be causing mild disease.

"I think we do need more time to evaluate that, to understand why Omicron seems to be causing milder disease."

Prof Pollard also said anti-vaccine misinformation had been a "different sort of virus" during the pandemic that had cost lives.

He said: "There's no doubt that anything that makes anybody uncertain or hesitant about being vaccinated, particularly for those who are in vulnerable groups, puts their life at risk.

"There's no doubt people have died because of vaccine misinformation."

His comments come as chief executive of the NHS Confederation Matthew Taylor warned it is still too early to know Omicron's trend.

Writing in a blog post, he said: "Although the data around Omicron is looking positive, it's not yet reliable and won't be until this seasonal period is truly over."

He added: "It is only five weeks since we first heard of this new variant, and it is only now starting to affect more older and more vulnerable people. Uncertainty abounds. For example, as far as I can tell, we have absolutely no idea whether Omicron is more or less likely than earlier variants to add to the huge numbers of people dealing with Long covid."

On Sunday, the prime minister warned it would be "absolute folly" to say the pandemic is over - but said Omicron "is plainly milder" than other variants.

Despite a huge increase in coronavirus cases in recent weeks, Mr Johnson said the UK is in a better position than most other countries due to the "very, very high level of vaccination".

However, he said despite Omicron being "plainly milder" than other variants, the NHS is under pressure due to its high transmissibility - and the public must do everything they can to help relieve that pressure by following plan B measures.

Plan B measures are set to be reviewed when MPs return to parliament on Wednesday.