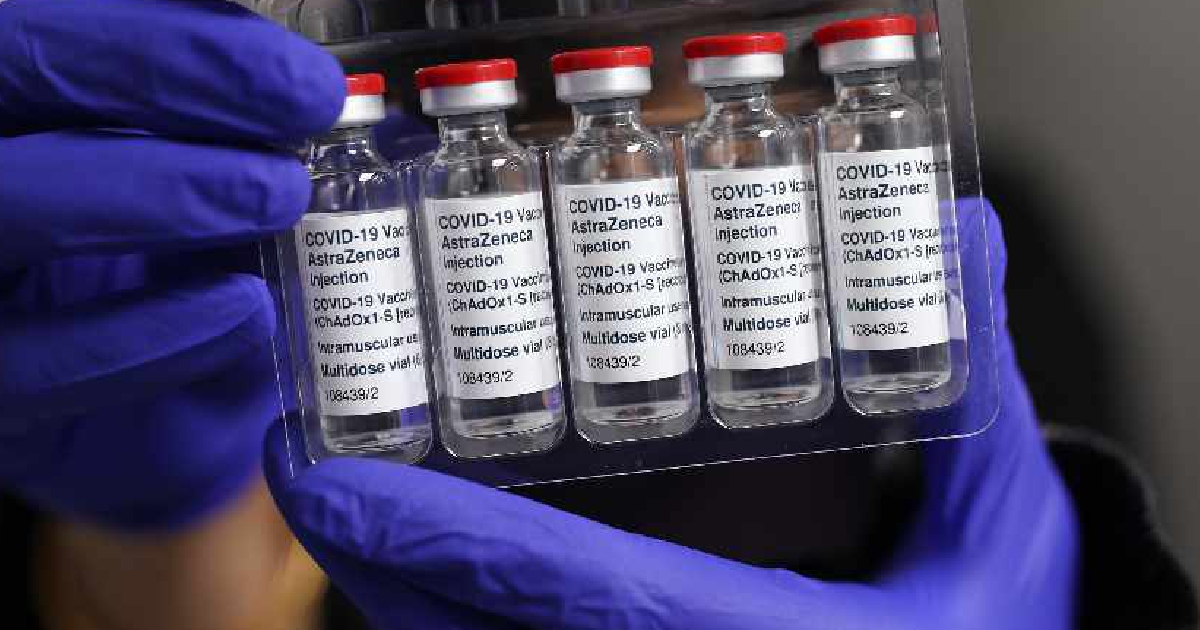 The boss of AstraZeneca reckons the use of the vaccine could be the reason we are seeing less hospitalisations than Europe.

Pascal Soriot, chief executive of AstraZeneca, said the UK had a big peak of infections but “not so many hospitalisations relative to Europe”.

It comes as the chief investigator behind the vaccine said Covid-19 is “no longer a disease of the vaccinated”.

Mr Soriot said that both the antibody response and the T cell response were important factors in the body’s immune response to a virus.

He said: “The antibody response is what drives the immediate reaction or defence of the body when you’re attacked by the virus and the T cell response takes a little longer to come in but it’s actually more durable, it lasts longer and the body remembers that longer.

“Everybody’s focused on antibodies, but antibodies you see them decline over time.

“What remains, and is very important, is this T cell response and as soon as the virus attacks you, they wake up and they come to the rescue and they defend you.

“And it’s really interesting when you look at the UK, there was a big peak of infections, but not so many hospitalisations relative to Europe.

“In the UK, this vaccine was used to vaccinate older people. Whereas in Europe initially people thought the vaccine doesn’t work in older (people)…”

He added: “T cells do matter and in particular as it relates to the durability of the response, especially in older people.

“And this vaccine has been shown to stimulate T cells to a higher degree in older people.

Asked whether that is because of the AstraZeneca vaccine being used among older people, he added: “There’s no proof of anything, we don’t know, but we need more data to analyse this and get the answer.”

New estimates from the Office for National Statistics and the Covid Infection Survey show that over nine in 10 adults across the UK have antibodies.

Meanwhile, Sir Andrew said the latest wave of the virus in the UK will “directly translate into a stream of mostly unvaccinated patients” entering intensive care units (ICUs).

He said: “To the public, the pandemic was and still is a silent pestilence, made visible by the images of patients fighting for their next breath and reporters at intensive care units talking about the fear of patients and the exhaustion of doctors and nurses from behind their fogged visors.

“This ongoing horror, which is taking place in ICUs across Britain, is now largely restricted to unvaccinated people. Generally, Covid-19 is no longer a disease of the vaccinated; vaccines tend to limit this suffocating affliction, with a few exceptions.

“If the protection that vaccines offer against severe Covid-19 began to wane, given that tens of millions of people are now vaccinated in the UK and only a small fraction of the population have not received the jab, ICUs would be filled to the brim with vaccinated people. But they are not.

“Vaccines still seem to give almost complete protection against life-threatening cases of Covid-19.

“The latest wave of the virus in the UK will directly translate into a stream of mostly unvaccinated patients entering ICUs.

“In the short term, boosters and social restrictions will help prevent Covid-19 from spreading among people who are unvaccinated this winter.

"But in the long run, the pressure of Covid-19 on ICUs won’t be solved through these measures. The virus will eventually reach unvaccinated people. To prevent serious illness, these people need first and second doses of the vaccine as soon as possible.”