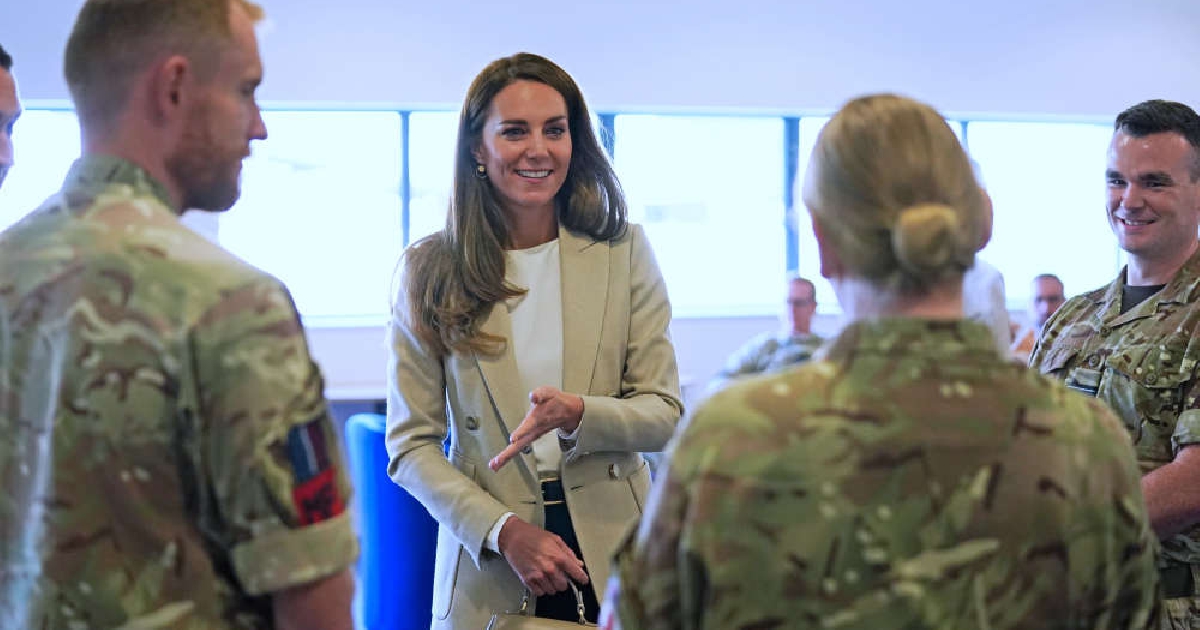 The Duchess of Cambridge met a number of those who supported the UK’s evacuation of civilians from Afghanistan yesterday.

Operation PITTING, the largest humanitarian aid operation for over 70 years, ran between 14th and 28th August, where in excess of 15,000 people were flown out of Kabul by the Royal Air Force.

Over 850 people arrived at RAF Brize Norton over the course of the two weeks, who were provided with food, clothing, children’s toys, medical support, and childcare and sanitary products whilst their details were processed.

During the visit, Her Royal Highness met with military personnel and civilians who were directly involved in the effort, from RAF aircrew and medics who supported evacuees at Kabul airport, to the civilians and volunteers who established a Repatriation Centre at RAF Brize Norton providing key supplies and support on their arrival into the UK. 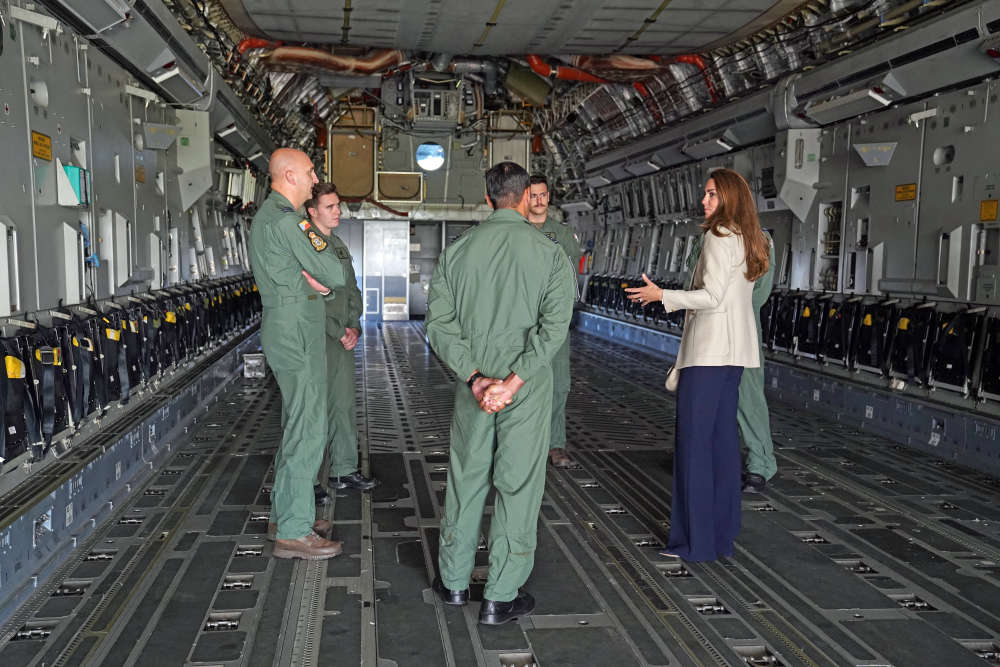 Operation PITTING involved every unit based at RAF Brize Norton, with personnel supporting the operation alongside the Royal Navy, British Army, local authorities and aid organisations in Afghanistan and the UK.

The full fleet of RAF transport aircraft from RAF Brize Norton flew around the clock to support the evacuation, including a record flight for an RAF C-17 Globemaster which took 439 passengers out of Kabul on a single flight. Aircraft involved in the operation also carried supplies ranging from clothing and baby food for the evacuees. 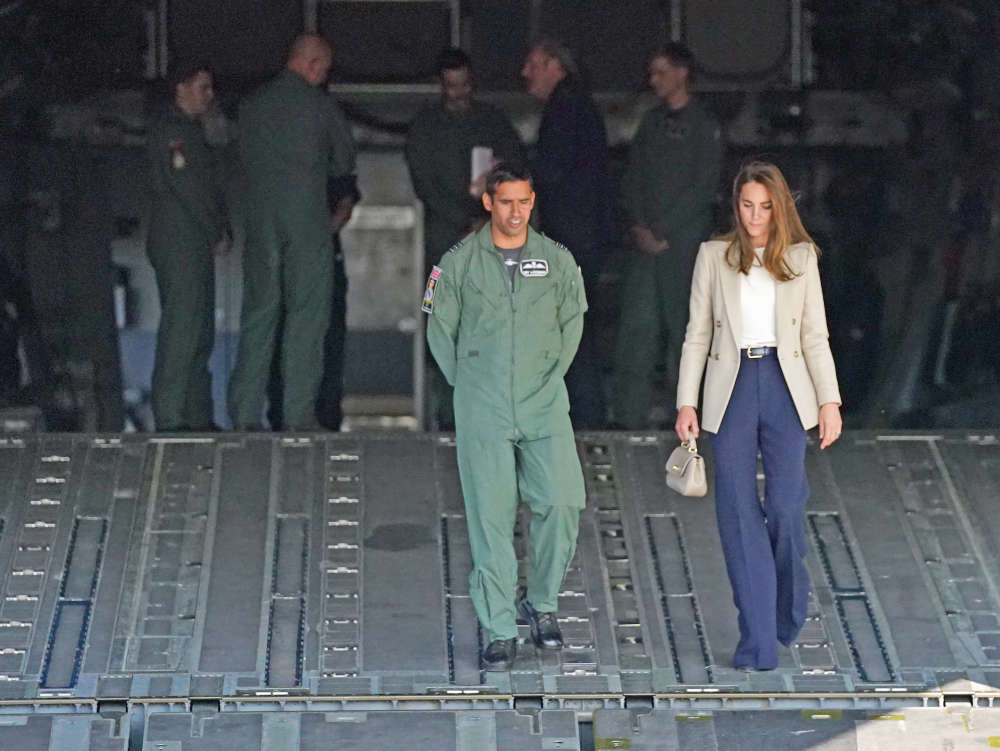