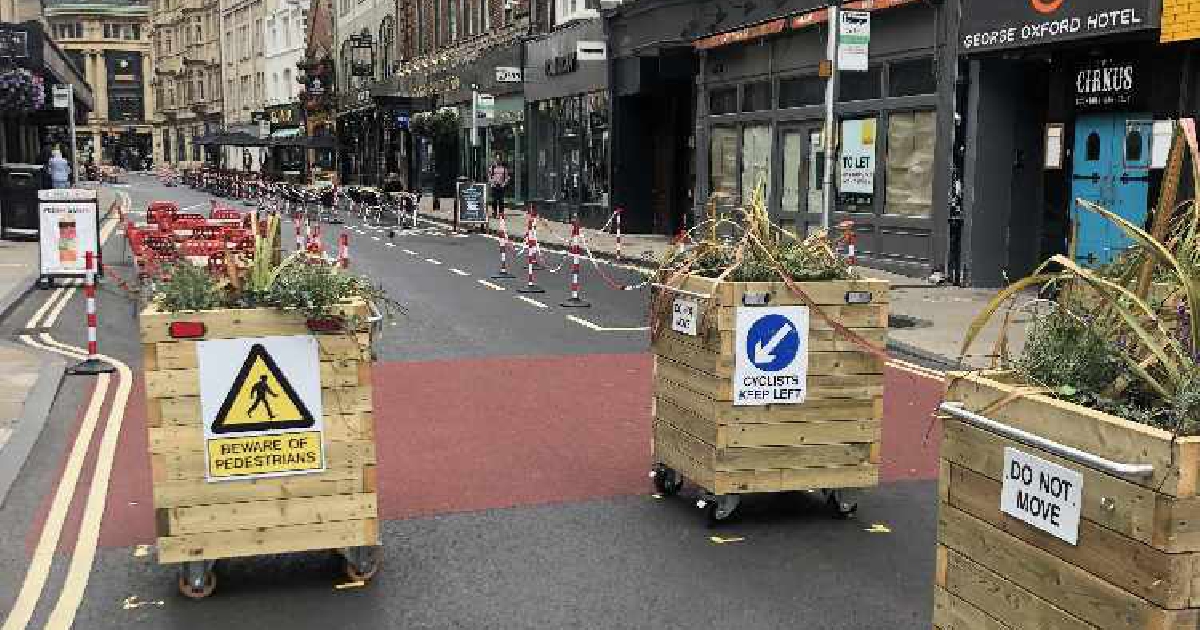 George Street was shut to traffic as lockdown eased so bars and restaurants could serve people outside.

It was a trial during August and September to help hospitality businesses introduce outdoor dining and recover from the pandemic.

Now, a survey has revealed 85% of people believe the overall impact on George Street was positive.

Roughly the same number said it should remain closed to pedestrians in future.

Only 11% of respondents said they disagreed or strongly disagreed with the idea that George Street should be pedestrianised permanently.

Separately, the Council carried out a survey of businesses in George Street to find out what they thought of the project.

Twelve businesses responded - and although not all of them were involved in the trial - nine businesses said the overall experience for their business was positive.

As a direct result of the pedestrianisation, two of the George Street businesses said they hired additional staff, three provided additional hours for their existing staff, and three brought staff back from furlough. 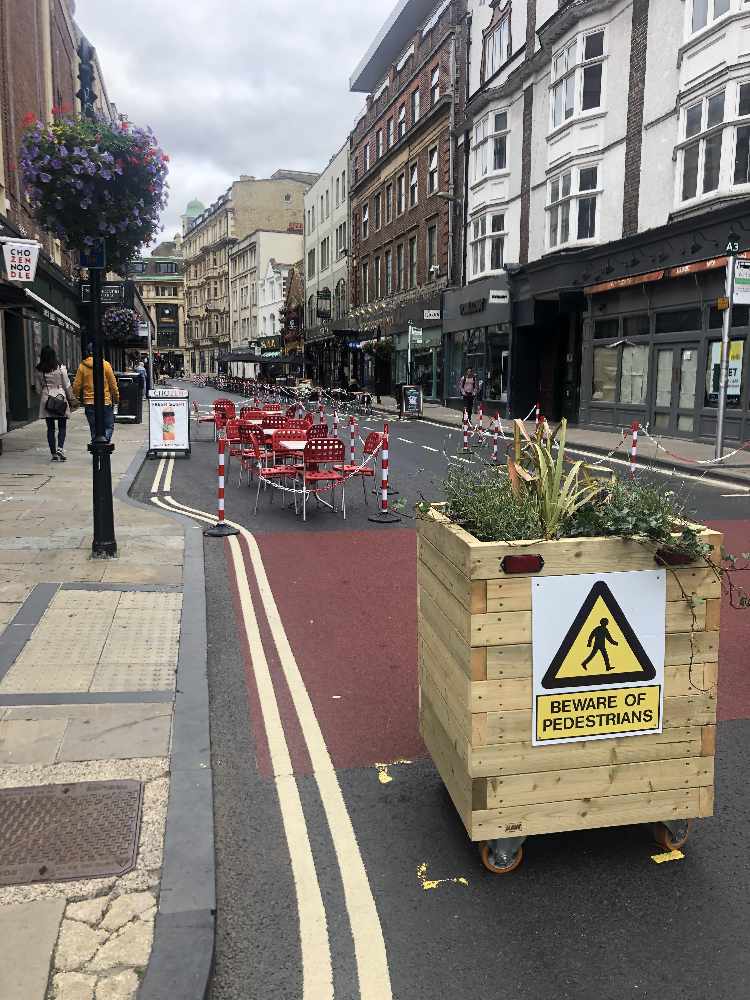 Two businesses said they only reopened after lockdown because of the pedestrianisation.

Councillor Tom Hayes, Deputy Leader and Cabinet Member for Green Transport and Zero Carbon Oxford, said: "We are delighted with the response to the trial, and particularly that two George Street businesses were able to open for the first time since lockdown because of the pedestrianisation.

"The overwhelming majority of residents and George Street businesses want us to extend the trial, and we share that ambition. But we will only be able to do this, while maintaining timetables for rerouted buses, if we reduce the overall traffic levels in Oxford city centre.

"Businesses need urgent solutions to the congestion problems because, as long as the problems go unsolved, our local businesses and the jobs that depend on them will suffer."

The City Council was able to pedestrianise George Street this summer because there were relatively few vehicles travelling through Oxford city centre compared to previous years.

The council is backing plans to install bus gates, which would stop drivers using the city centre as a cut-through and would mean only buses, taxis and a small number of other vehicles would be able to use the street.

Phil Southall, Managing Director of Oxford Bus Company, said: "We were pleased to participate in the trial and we are generally supportive of measures that help encourage people to visit Oxford.

"For us the trial highlighted the need for a holistic view to be taken on City Centre bus and pedestrian movements and we are happy to engage in a review of this with other key delivery partners.

"A key factor in this will be providing our customers with greater certainty on journey times and bus gates could be one part of the solution to this and a key to running similar trials in the future."