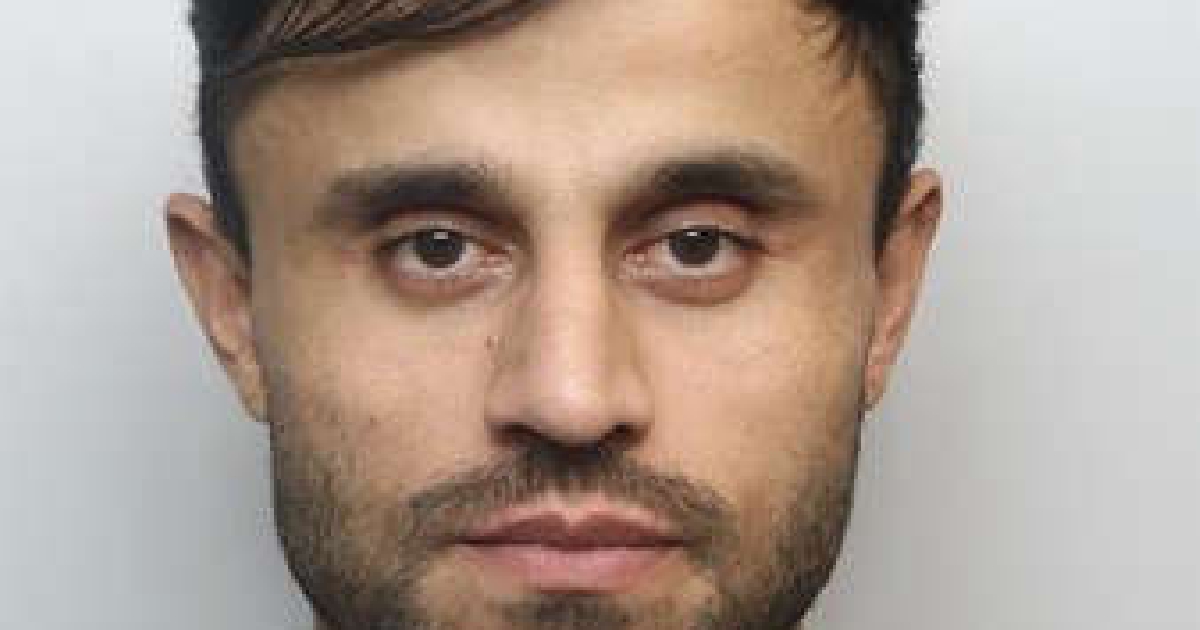 36-year-old Luiz Inacio Da Silvaneto will be sentenced for his crimes next week.

Police believe Da Silvaneto targeted heterosexual males because he thought they would be less likely to report him.

He sexually abused his first victim in November 2021, when the man had visited him at a house in Middle Barton in West Oxfordshire.

After a few alcoholic drinks, the victim recalled feeling extremely tired before falling asleep. He woke to find himself naked and Da Silvaneto sexually assaulting him. The victim was unable to move his limbs because of the drugs that had been slipped into his drinks earlier.

A month later a second man who had been out for the evening with work colleagues in London suffered from memory loss. He had left the bar and tried to find a taxi, when he came across Da Silvaneto, who was driving a vehicle.

He could remember being forced to have a drink, but nothing else from the rest of the evening.

The victim told the court how he'd woken up naked in bed in a stranger’s house in Middle Barton. He had been drugged and raped by Da Silva Neto.

When interviewed by police, the 36-year-old from Wandsworth in London accepted that he had engaged in sexual activity with both men - but claimed it was fully consensual and denied drugging his victims.

The jury found him guilty on a total of five charges at Oxford Crown Court, including rape and administering a substance with intent to overpower to allow sexual activity.

Da Silvaneto was found not guilty of three other offences, including kidnapping.

Officers believe there may be more victims who have yet to come forward.

In the last few minutes, Luiz Da Silvaneto has been convicted of drugging and sexually assaulting two men

The offences happened at in #Oxfordshire, although one of the victims was in London before being driven to Oxfordshire

Reacting to today's conviction, Claire Beards from the Crown Prosecution Service said: “Luiz Inacio Da Silvaneto opportunistically targeted his victims, drugging and then sexually assaulting them when they were in no position to consent.

“He denied any wrongdoing and claimed his actions were all done consensually. However, thanks to the incredible bravery of the victims in coming forward with their accounts, and supporting drug evidence, we were able to build a strong case against him so that the jury could be sure he was guilty.

“I hope today’s verdict brings both those men a sense of justice."

He said: “Da Silvaneto used what presents as a well-practiced modus operandi; targeting men, administering a substance to incapacitate and overpower his chosen victim, and then engaging in sexual activity with them, knowing they are not in a position to consent.

“GHB, derivatives and closely related compounds, known as GHBRS, are extremely dangerous as there are very fine margins between what might be considered a recreational dose, a dose which could incapacitate and a fatal dose."

Inspector Holden-White went on to praise the victims for their bravery, thanking them for 'overcoming the anguish and embarrassment they have been caused to take an extremely dangerous man off the streets and protect others from the risk he presents.'

He said: “We are keeping an open mind as to the possibility that Da Silvaneto has committed other offences.

“Therefore, if you have any information please contact the police or one of our partners using the reference ‘Op Jion’.

“We have dedicated officers who are specialised in investigating sexual offences.

“We will listen, investigate appropriately and help victims to access any support services tailored to their needs."

The easiest way to contact the police is by making a report online or call 101.

The charity Survivors Trust can also be contacted by calling 08088 010818 or visiting www.thesurvivorstrust.org

Luiz Inacio Da Silvaneto previously admitted seven counts of drug possession and will be sentenced for all 12 offences at Oxford Crown Court on July 7th.