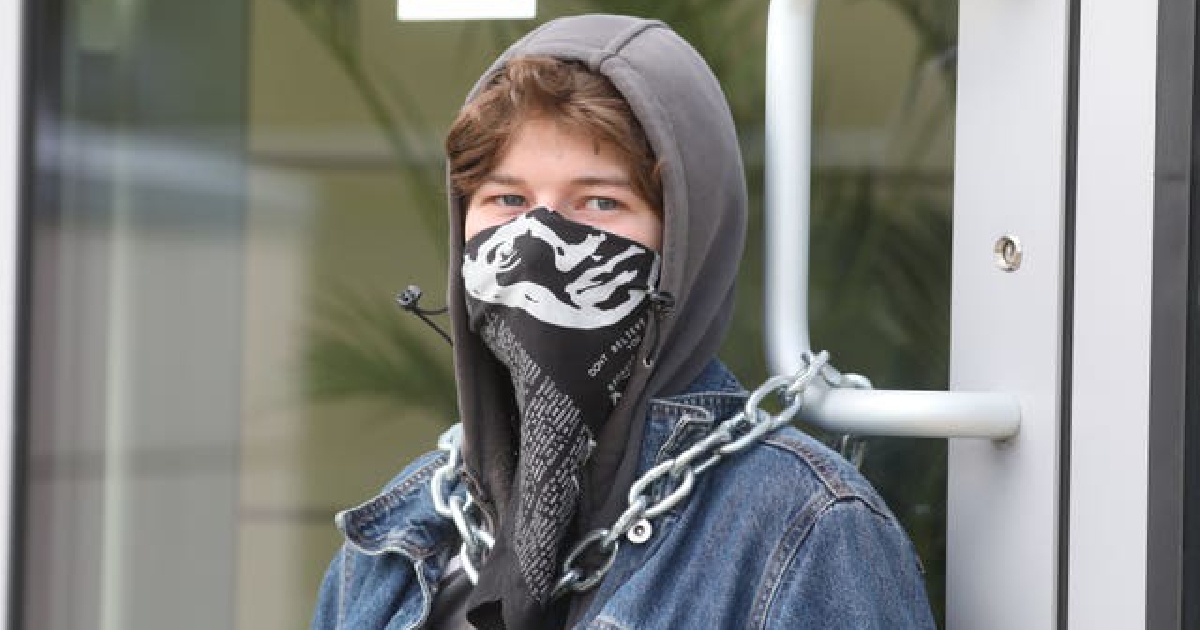 They gathered outside the pharmaceutical firm’s Cambridge headquarters earlier and there was a demo in Oxford this morning.

A protester, who held held a sign which read “human life not profit,” chained himself to a door while others climbed on to the roof of the entryway and unfurled a banner which read “people’s vaccine not profit vaccine”.

Supporters played drums during the protest organised by Global Justice Now, which is calling for the British-Swedish company to commit to sharing the technology with the World Health Organisation (WHO).

Uniformed officers could be seen nearby. 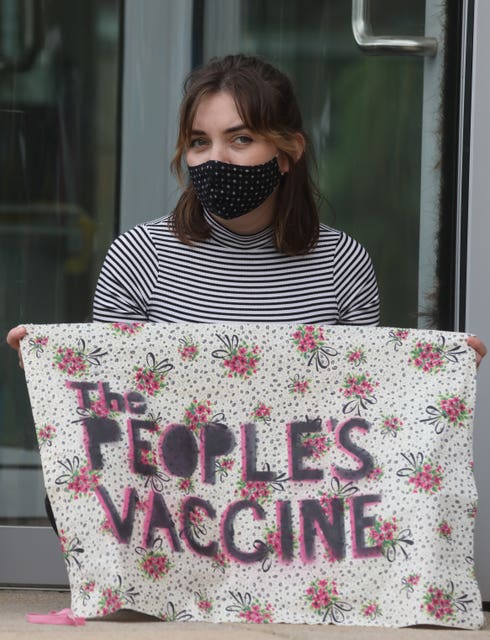 Nick Dearden, director of Global Justice Now, said: “Scientists at Oxford University, a publicly-funded institution, developed this lifesaving vaccine through a research and development process that was 97% publicly funded.

“The resulting vaccine should have been openly accessible to everyone, but AstraZeneca swooped in and privatised it.

“The UK is reaping the benefits of the highly effective vaccines that are now available, but people in low and middle-income countries are still dying daily by the thousands from Covid-19.

“AstraZeneca like to portray themselves as the good guys, but they’ve boycotted attempts to pool the vaccine knowledge they control just like all the other pharma giants – and now claim they have no time to share this knowledge globally.

“Today, we’re demanding AstraZeneca pool this publicly created knowledge so the whole world can ramp up production of these vaccines.”

The social justice organisation claims that AstraZeneca has not yet joined the WHO’s Covid-19 Technology Access Pool, which facilitates the sharing of technology for vaccines and treatments.

It comes as the group put up posters at bus stops across the UK over the weekend to highlight the level of public investment in vaccine research and development and the profits made by pharmaceutical companies.
AstraZeneca has been contacted for comment.