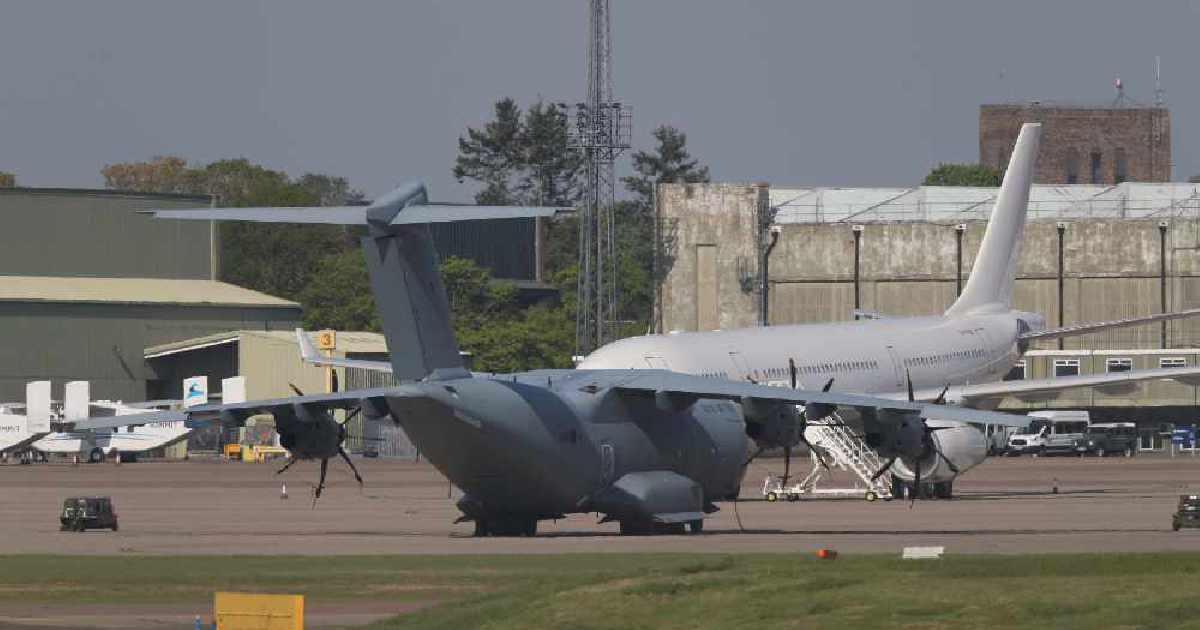 The PPE arrived from Turkey overnight, following days of delays.

The Airbus A400M is carrying part of an 84-tonne load of equipment, which includes clinical gowns, urgently needed by front line health workers as they treat COVID-19 patients in the UK.

It arrived at Brize Norton in Oxfordshire from Istanbul just after 3am.

The total shipment is 84 tonnes, including 400,000 clinical gowns but it is not clear how much of this is on today's flight.

An initial batch of just 2,500 gowns was sent to the airport in Istanbul for quality control checks on Tuesday.

Turkish officials said Britain's attempt to buy the protective equipment from a Turkish firm ran into trouble because the supplier did not have enough stock.

Turkey's ambassador to the UK, Umit Yalcin, told Sky News: "As far as I understand there have been problems with the private supplier company.

"Now Turkey is cooperating with the UK authorities to find a quick solution for the UK's urgent needs.

"Turkey helped the UK by donating 250,000 pieces of personal protective equipment last week and this time again Turkey is trying to help the UK authorities to resolve this commercial issue."

Housing Secretary Robert Jenrick had said on Saturday that the gear would arrive the following day but two sources told Sky News that no formal request was made to the Turkish authorities until Sunday.

Mr Yalcin confirmed that the UK "officially approached" the Turkish ministry of foreign affairs on 19 April.

Initially, the problem was that the Turkish supplier had not requested permission from the health ministry to export the gear, Turkish officials said.

This permission has been mandatory since last month because of the coronavirus situation.

The officials said the Turkish authorities helped the company apply for the export permit - something that was submitted and cleared on Monday.

Then it emerged that the supplier was unable to produce the expected products and the sufficient volume but the Turkish ministry of health has now offered the UK to help source the outstanding items.

The arrival of the protective equipment comes a day after the Department of Health confirmed 823 coronavirus-related deaths in UK hospitals recorded in the previous 24 hours.

It takes the total number of COVID-19 patients to have died in UK hospitals to 17,337.

At least two other military planes are on standby to fly to Turkey to bring back the PPE once it becomes available. Both were scheduled to leave on Tuesday but that plan has been put on hold, a defence source said.