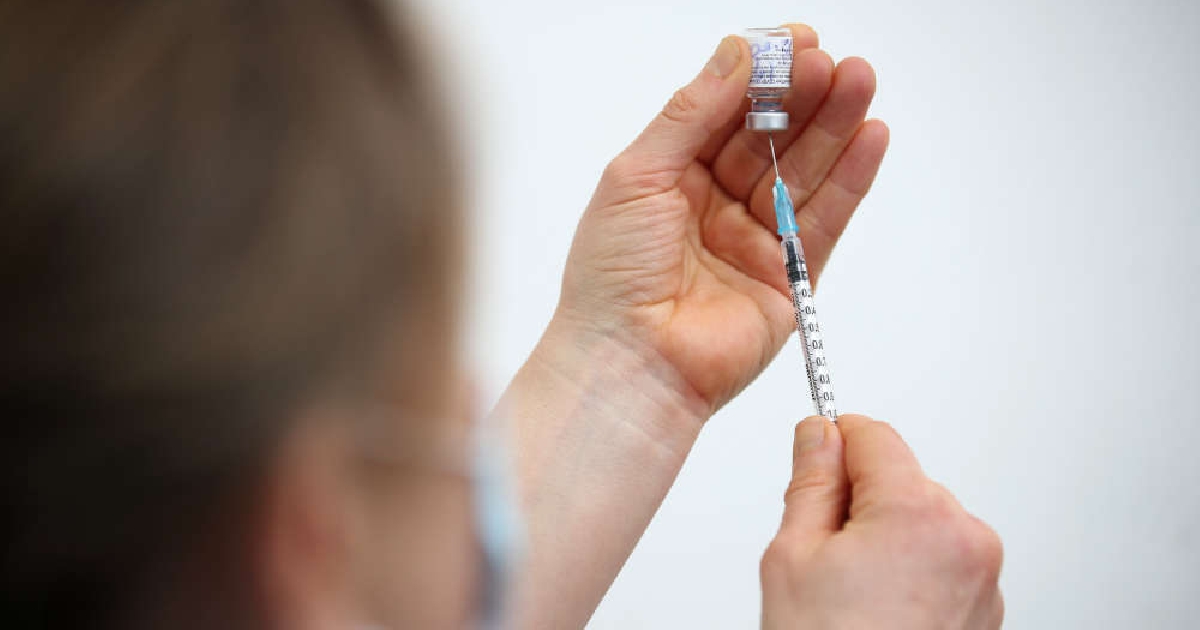 Levels of the virus could be just as high in people who get COVID despite having both jabs, as in those who haven't been vaccinated.

Two doses of the Pfizer/BioNTech vaccine appears to have greater effectiveness initially against new Covid-19 infections associated with the Delta variant when compared to the Oxford/AstraZeneca jab, but its efficacy also declines faster, preliminary research suggests.

Scientists from the University of Oxford have said that after four to five months, the level of protection offered by both vaccines is similar, with the AstraZeneca jab maintaining its effectiveness throughout the duration.

The findings, which have not yet been peer reviewed, also suggest that those infected with the Delta variant after their second jab had similar peak levels of virus to unvaccinated people.

Based on their work, the researchers said that although jabs did not eliminate chances of getting Covid-19, they did reduce the risk and remained the most effective way to ensure protection against the Delta variant – which has become dominant in the UK.

Sarah Walker, professor of medical statistics and epidemiology at the University of Oxford, said: “We don’t yet know how much transmission can happen from people who get Covid-19 after being vaccinated – for example, they may have high levels of virus for shorter periods of time.

“But the fact that they can have high levels of virus suggests that people who aren’t yet vaccinated may not be as protected from the Delta variant as we hoped.

“This means it is essential for as many people as possible to get vaccinated – both in the UK and worldwide.”

The study, conducted in partnership with the Office of National Statistics (ONS) and the Department for Health and Social Care (DHSC), looked at data between December 2020 and August 2021 from the Covid-19 Infection Survey.

Swab tests from more than 700,000 participants were analysed from before and after May 17 2021, when Delta became the main variant in the UK.

Analysis revealed that for infections with a high viral load, protection a month after the second Pfizer dose was 90% greater than an unvaccinated individual, reducing to 85% after two months and 78% after three.

For AstraZeneca, the equivalent protection was 67%, 65% and 61%, the researchers said.

Dr Koen Pouwels, senior researcher at the University of Oxford’s Nuffield Department of Population Health, said that the team “can be confident” that the numbers “really represent a decline” for the Pfizer vaccine, whereas for AstraZeneca “the differences are compatible with chance, that is there could be no change at all in the protection from AZ”.

But he added: “Even with these slight declines in protection against all infections and infections with high viral burden, it’s important to note that overall effectiveness is still very high because we were starting at such a high level of protection.

“It is also worth highlighting that these data here do not tell us about protection levels against severe disease and hospitalisation, which are two very important factors when looking at how well the vaccines are working.”

The scientists also found that a single dose of the Moderna vaccine had similar or greater effectiveness against the Delta variant as single doses of the other vaccines, but the researchers added that they did not yet have any data on second doses of the US-made jab.

The study also suggested that the time between doses did not affect effectiveness in preventing new infections, and that younger people (aged 18-34) had more protection from vaccination than older age groups (35 to 64-year-olds).

The academics said they could not comment on what the study might mean for the potential autumn booster campaign, but said that the Joint Committee on Vaccination and Immunisation (JCVI) would be considering the data while making its decision.

NHS officials have geared up to start offering a third coronavirus jab from early September, but are yet to be given the green light to press ahead from the JCVI.

Commenting on the research, Dr Alexander Edwards, associate professor in Biomedical Technology at the University of Reading, who was not involved in the study, said: “Overall this study is excellent as it shows that although Delta is better at infecting vaccinated people than previous variants, the vaccines still work remarkably well.

“There are subtle differences – between different vaccine types, and some changes over time – but they all work brilliantly.”