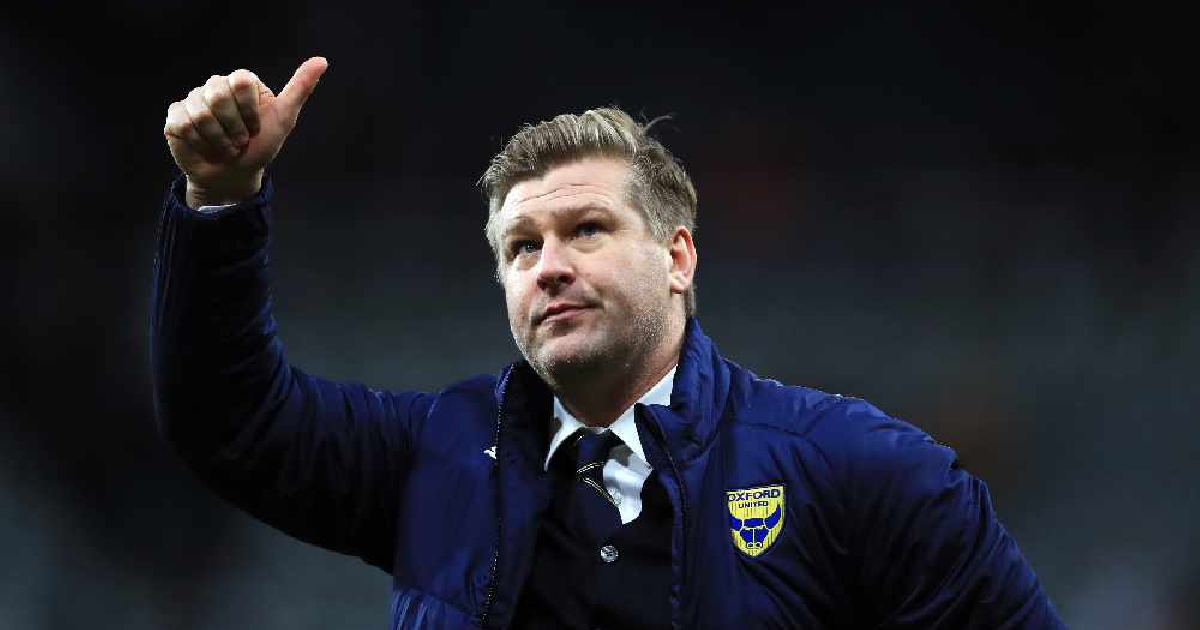 Oxord's League One game against Crewe was postponed at short notice on Saturday.

Karl Robinson and his Crewe counterpart David Artell both called for more coronavirus testing in the EFL after the League One game between the clubs was postponed at short notice.

The match was called off just 35 minutes before the scheduled 3pm kick-off following lengthy negotiations at the Kassam Stadium between club representatives and the league.

Crewe player Ryan Wintle had received news on Saturday morning that a test he had taken earlier in the week had come back positive.

His manager Artell said his team had been “happy to play” but accepted a postponement was the sensible decision, while opposite number Karl Robinson hit out at what he described as “fluffy guidelines” from the league and the Professional Footballers’ Association.

Robinson – whose side had to car-pool to Accrington last week after an alcohol-based sanitiser spray triggered sensors on their bus to prevent its departure – said: “Football is secondary to people’s health.

“Last week we had a laugh and a joke over the sanitiser but this is not a laughing and joking matter. I’ve got six players who have got pregnant wives, staff who are vulnerable…

“Something has to change. We are asking and calling for more help to get more testing, but there are fools at the PFA sitting behind their desks and not properly looking after the welfare of their players.

“We had several players who did not feel well last week who got tested themselves and stayed at home and were then not available for our match at Accrington because we, and they, thought that was the right thing to do.

“We love playing football but it has to be safe.

“This is going to happen more and more. I think the season should continue – but the testing should be better to enable the season to carry on.”

Crewe manager Artell echoed that call and said the positive test leading to the postponement was not conducted by the league.

He said: “We were happy to play.

“Oxford didn’t want to play, understandably, because they didn’t know how many may have caught coronavirus on our coach on the way down.

“The boy in question is asymptomatic. He just had a test because he has a young boy that he was worried about.

“We’ve followed all the guidelines, but the disease is highly infectious.

“I think it’s a consequence of not testing more. While there’s a lack of testing across football we’re going to get situations like this. I’m all for more testing.

“It’s unfortunate. We wanted to play but it’s been taken out of our hands – and quite rightly.”