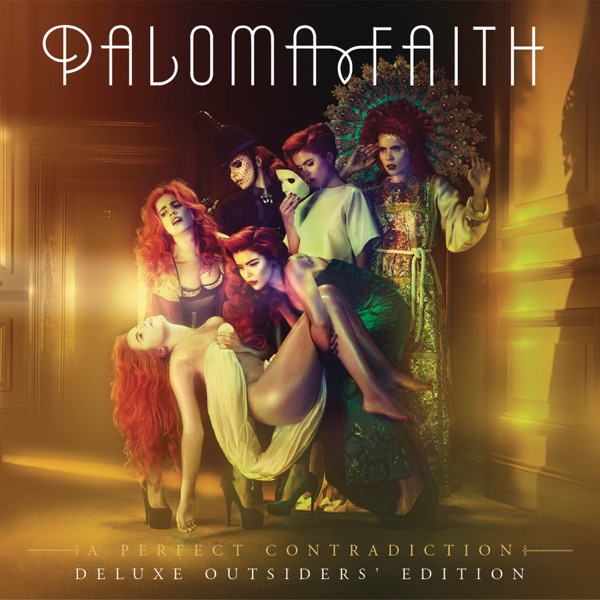 Oxford coronavirus vaccine up to 90% effective 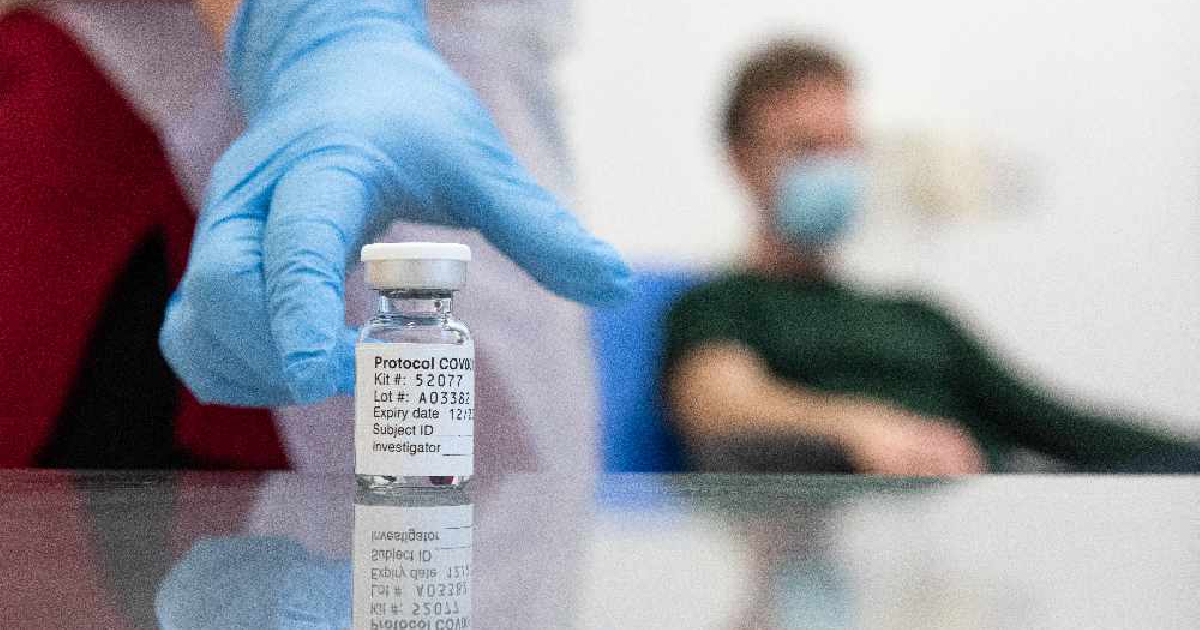 Experts have been trialling the jab in different dosages on thousands of volunteers.

The UK has placed orders for 100 million doses of the Oxford jab - enough to vaccinate most of the population - with rollout expected in the coming weeks if the jab is approved.

Work will now begin on submissions to regulators around the world.

The Oxford/AstraZeneca vaccine has been shown to work in different age groups, including the elderly.

Today marks an important milestone in the fight against #COVID19. Interim data show the #OxfordVaccine is 70.4% effective, & tests on two dose regimens show that it could be 90%, moving us one step closer to supplying it at low cost around the world>> https://t.co/fnHnKSqftT pic.twitter.com/2KYXPxFNz1

Prime Minister Boris Johnson said: “Incredibly exciting news the Oxford vaccine has proved so effective in trials. There are still further safety checks ahead, but these are fantastic results. Well done to our brilliant scientists at @UniofOxford & @AstraZeneca, and all who volunteered in the trials.”

Health Secretary Matt Hancock said doses of the Oxford-AstraZeneca vaccine could be available in the 'low single millions' before the end of the year.

Other vaccines from Pfizer and Moderna are around 95% effective - according to trial data.

In a statement, Professor Andrew Pollard, director of the Oxford Vaccine Group and chief investigator of the Oxford Vaccine Trial, said: 'These findings show that we have an effective vaccine that will save many lives. Excitingly, we’ve found that one of our dosing regimens may be around 90% effective and if this dosing regime is used, more people could be vaccinated with planned vaccine supply.

'Today’s announcement is only possible thanks to the many volunteers in our trial, and the hard working and talented team of researchers based around the world.'

The results from the Oxford and AstraZeneca trial showed that the arm where one half dose was given followed by a full dose at least one month apart involved 2,741 people. This was the 90% finding.

The other dosing regime involving 8,895 people showed 62% efficacy when given as two full doses at least one month apart. 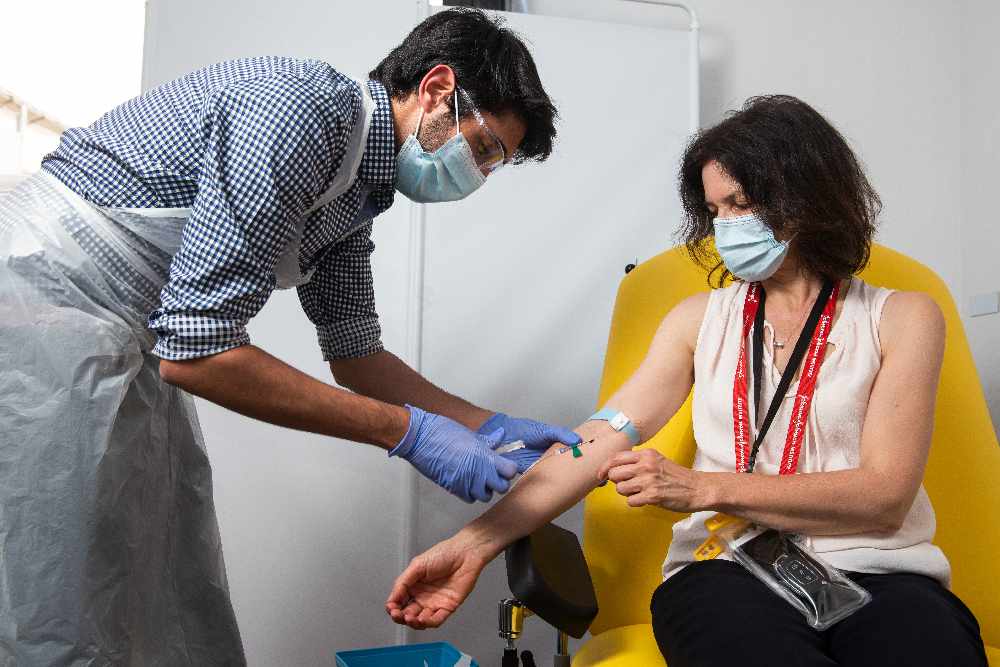 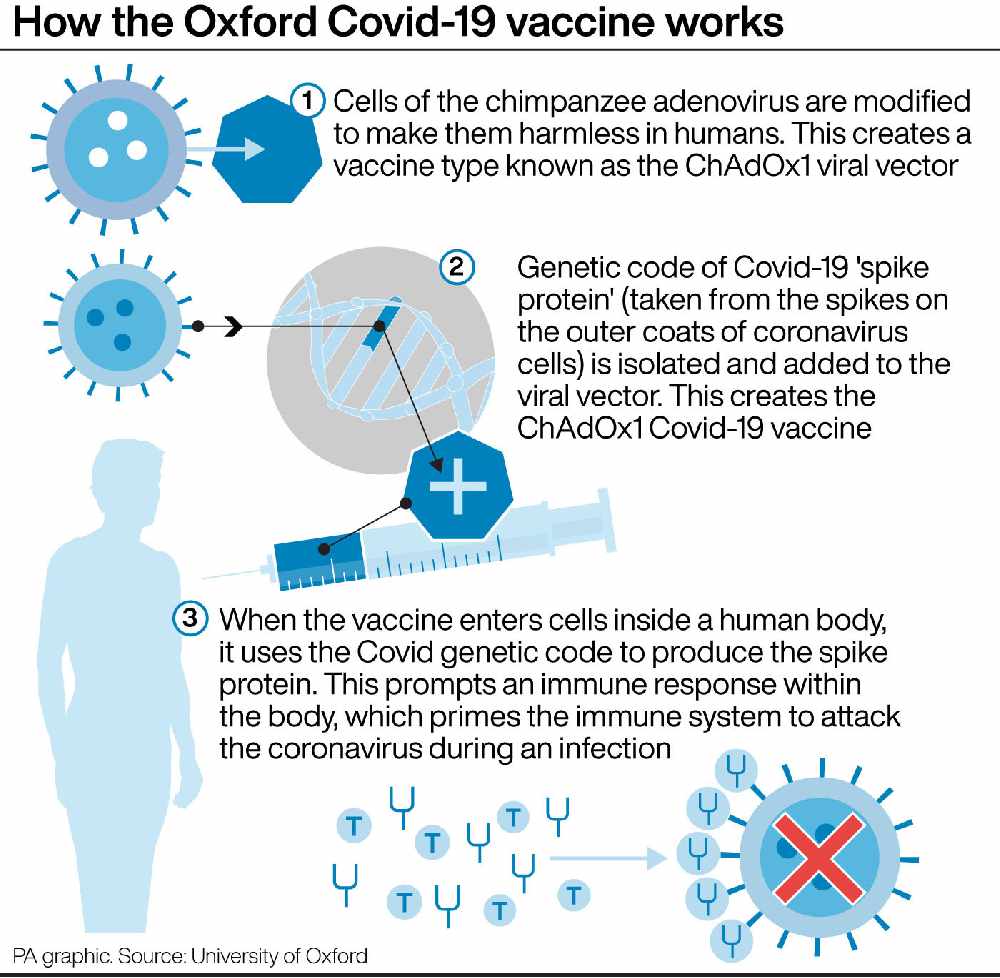 Sarah Gilbert, professor of vaccinology at the University of Oxford, said: 'The announcement today takes us another step closer to the time when we can use vaccines to bring an end to the devastation caused by (Covid-19).

'We will continue to work to provide the detailed information to regulators. It has been a privilege to be part of this multi-national effort which will reap benefits for the whole world.'

AstraZeneca chief executive Pascal Soriot, said: 'Today marks an important milestone in our fight against the pandemic. This vaccine’s efficacy and safety confirm that it will be highly effective against Covid-19 and will have an immediate impact on this public health emergency.

'Furthermore, the vaccine’s simple supply chain and our no-profit pledge and commitment to broad, equitable and timely access means it will be affordable and globally available, supplying hundreds of millions of doses on approval.'

The UK has secured early access to 100m doses of their vaccine - on top of 255m doses from other developers 👇 https://t.co/WmdC9dGL31