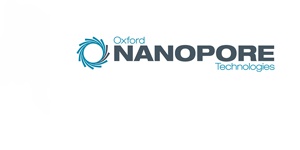 It's able to detect coronavirus in the saliva and will be tested at four sites.

The LamPORE Covid-19 test, developed by Oxford Nanopore, has already started testing in Aberdeen, with plans to roll out in Telford, Brent and Newbury.

The technology will provide additional testing capacity where it is needed for large numbers of people, alongside existing PCR and lateral flow tests, the Department of Health and Social Care (DHSC) said.

Health Minister Lord Bethell said: “With one in three people not displaying symptoms of Covid-19, broadening asymptomatic testing is critical to protect those at highest risk.

“Oxford Nanopore’s LamPORE test is another example of British innovation leading the way, and is an incredibly useful addition to our Covid-19 testing toolkit – delivering accurate results to people with and without symptoms.

“The LamPORE mobile laboratories provide a new way in which we can respond to testing demand where there is most need.

“I am hugely grateful to Oxford Nanopore for their efforts in producing this technology.”

Oxford Nanopore - based at the Oxford Science Park - is also developing the same technology to detect other respiratory viruses at the same time, including flu and Respiratory Syncytial Virus (RSV).

A LamPORE mobile laboratory in Aberdeen began testing this week, and it is expected to move around to provide testing facilities in remote locations.

Pilots will continue into next month, followed by an evaluation of the mobile units, the DHSC said.

Professor Dame Sue Hill, chief scientific officer for England in NHS Test and Trace, who led the evaluation of Oxford Nanopore LamPORE test said: “The LamPORE test shows very high sensitivity, so can be used for the full range of diagnostic and other use cases.

“This study showed it to be effective when using saliva samples from people without symptoms and it has the additional advantage of being able to detect other winter viruses, such as flu, increasing the scenarios in which it could be deployed.”