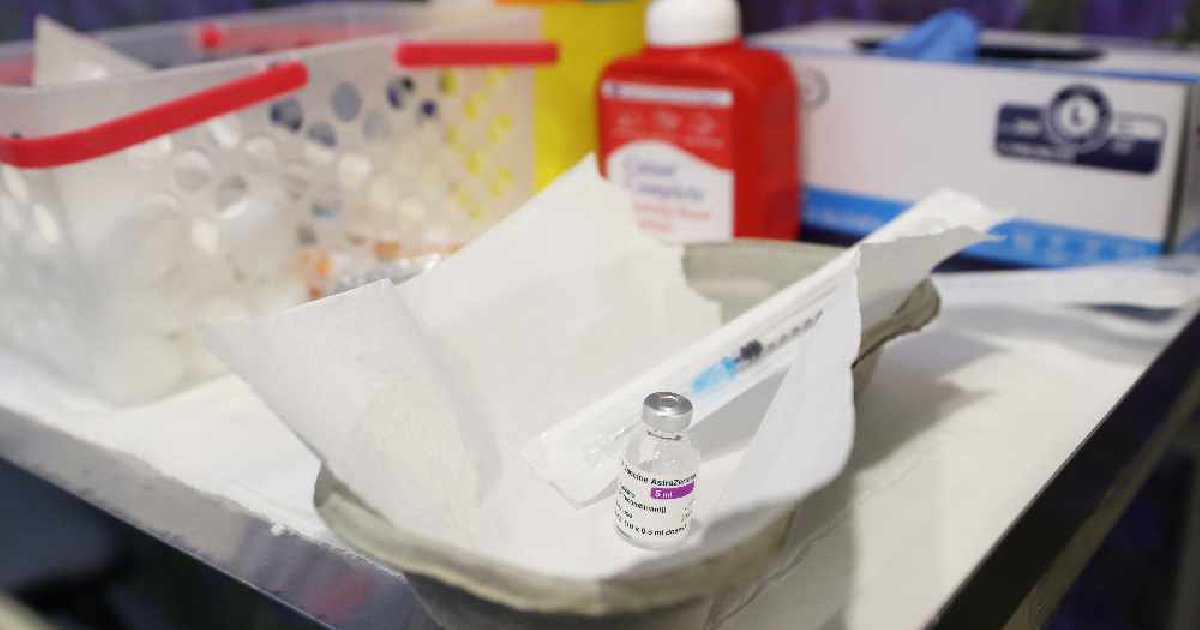 It's hoped that more than 700 sites would be delivering vaccines by the end of the week.

GP surgeries in England are to begin administering the Oxford/AstraZeneca coronavirus vaccine as the UK faces a race to protect the population after the daily reported death toll topped 1,000.

The Oxford jab is easier to administer given it can be stored at fridge temperatures, unlike the Pfizer one which requires storage at minus 70C.

It comes as the UK reported a further 1,041 people had died within 28 days of testing positive for Covid-19 as of Wednesday – the highest daily reported total since April 21.

Record numbers are also currently in hospital with coronavirus, with a further 3,500 admitted in England on Monday January 4.

Boris Johnson, who was given the overwhelming backing of MPs for the latest lockdown, warned that there was now a race between the spread of the virus and the delivery of vaccines to the most vulnerable.

The House of Commons, recalled from its Christmas break to vote on the lockdown restrictions on Wednesday, voted with a 508 majority for the measures, which could be in place until the end of March.

“After the marathon of last year we are indeed now in a sprint, a race to vaccinate the vulnerable faster than the virus can reach them,” the Prime Minister told MPs.

“Every needle in every arm makes a difference.”

Dr Nikki Kanani, GP and NHS medical director for primary care, said: “The biggest vaccination programme in NHS history is already off to a strong start with around one million people already vaccinated against Coronavirus – this is a credit to our exceptional NHS staff.

“GPs, nurses, pharmacists and countless other staff and volunteers have been working around the clock to be able to launch almost 200 more sites this week.

“Combined with the arrival of the Oxford / AstraZeneca vaccine, we will now be able to protect many more vulnerable people against the virus and faster.”

Vaccines minister Nadhim Zahawi admitted the target of vaccinating around 14 million people in the highest priority groups – including the elderly, those with clinical needs, care home residents and staff as well as frontline NHS workers – by February 15 was “stretching”.

Some 1.3 million people have already received either the Pfizer/BioNTech or Oxford/AstraZeneca jab.

Meanwhile, GPs are being offered a cash incentive to get care home residents vaccinated sooner.

As GP surgeries get the vaccine, more and more people around the country will be able to get their first jab, with a follow-up in a few weeks’ time.

The vaccine was first delivered in selected hospitals - including the Churchill in Oxford - for surveillance purposes before being sent out to hundreds of community-based local vaccination services.

Ministers have already decided, in a move queried by the World Health Organisation (WHO), to administer the first jab to as many priority patients as possible by delaying a second shot.

The second jab will be given 12 weeks later to prevent current supplies from being held back. In the clinical trials, vaccine recipients received a follow-up shot within three weeks.

Health Secretary Matt Hancock said: “Every part of the government and the NHS are working around the clock to rapidly scale up our Covid-19 vaccination programme so we can protect those most at risk from this awful disease as quickly as possible.

“We are aiming to offer vaccinations to the majority of care home residents by the end of January and all 13 million people in the top four priority cohorts by mid-February. This will ensure the most vulnerable are protected and will save tens of thousands of lives.

“As our vaccination programme ramps up, I urge everybody to continue following the latest restrictions to keep cases low and protect loved ones.”

Mr Johnson was given approval for the latest lockdown in the Commons but faced rebellion within his ranks, with 12 Conservative MPs voting against the stay-at-home rules. They were joined by four DUP MPs opposing the regulations.

In the face of pressure from senior Tories to commit to easing the restrictions – which came into force on Wednesday and were being voted on retrospectively by MPs – as soon as possible, Mr Johnson said there would be “substantial opportunities” for relaxation before March.

Mark Harper, ex-government chief whip and chairman of the lockdown-sceptic Covid Recovery Group, said the restrictions should be reviewed “in the middle of February” once the most vulnerable had been vaccinated, as per the Government’s aim.