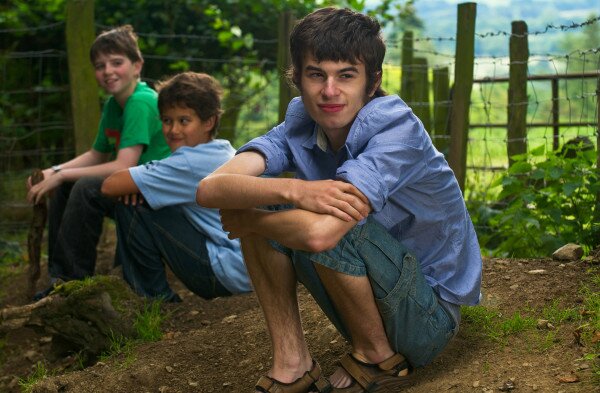 Connor Sparrowhawk drowned in a bath at Slade House in 2013.

A doctor has been suspended from working for a year after an epileptic teenager drowned in a bath while left alone in an NHS care home.

Dr Valerie Murphy was the psychiatrist responsible for the care of Connor Sparrowhawk, an 18-year-old with learning difficulties, who was found submerged in the bath at Slade House in Oxford in July 2013.

Medical watchdogs have previously ruled she had "ultimate responsibility" for the teenager and her fitness to practise was impaired.

The Medical Practitioners Tribunal Service (MPTS), during a hearing last August, heard Mr Sparrowhawk had already had two suspected epileptic fits at the unit, including an earlier episode in the bath, in the weeks before his death.

On Wednesday, Martin Jackson, chairman of the tribunal in Manchester, told Dr Murphy it was in the public interest to suspend her immediately for 12 months, the maximum amount allowed under the rules.

Dr Murphy had been criticised for "looking for excuses" and for her lack of insight and remorse, and her failure to apologise to the teenager's family.

She tweeted her reaction to the tribunal's decision.

"Instead they referred six nurses to the NMC. We had to refer her ourselves.

"Over the past four years, Valerie Murphy has repeatedly failed to show any remorse and has failed to apologise to us. She has allowed her legal counsel on two occasions to subject me to cruel cross-examination insinuating I was somehow responsible for his death.

"At the sanction hearing this week she apologised to the tribunal for Connor's death.

"This experience has been unimaginably brutal and not unusual. Families whose loved ones die in state care are commonly re-traumatised by these processes.

"We would like to thank the GMC for trying to ease this journey for us. We would also like to thank all those people who supported the crowdfunding campaign to allow us to live tweet proceedings."

She had been led to believe her son was being "observed closely" at the care home in case he had a fit, but staff checks on him had been reduced from every 10 or 15 minutes to an hour, the tribunal heard.

She said it "never crossed her mind" her son would be left alone in a bath.

Mr Sparrowhawk had bitten his tongue and suffered a nose bleed in separate incidents in the weeks before his death, injuries suspected of having occurred during unobserved seizures on the unit.

Dr Murphy, who qualified as a medic in 2003 after studying at the National University of Ireland, had said she believed the assessments were the responsibility of nurses, but accepted she had failed to comment on risk assessments carried out by nursing staff.

Dr Murphy has admitted failing to acknowledge Mr Sparrowhawk's risk of having seizures at the unit, carry out a risk assessment or "consider the implications" of allowing him to have baths on his own with staff only observing him at 15-minute intervals.

The hashtag #JusticeforLB had followed each step of the hearing, lasting over several months.

Mr Sparrowhawk was diagnosed with autism aged three, had learning difficulties, and developed epilepsy at 18 when his behaviour began to deteriorate.

With his family struggling to cope, he was found a place at Slade House in March 2013 for further assessment and to come up with a plan for his treatment.

Dr Murphy, who denied misconduct, had admitted 30 failings over her treatment to Mr Sparrowhawk, but the tribunal found a further nine were proved and 18 were not proved.

The trust later apologised to Mr Sparrowhawk's family and pleaded guilty in court to offences under the Health and Safety Act.