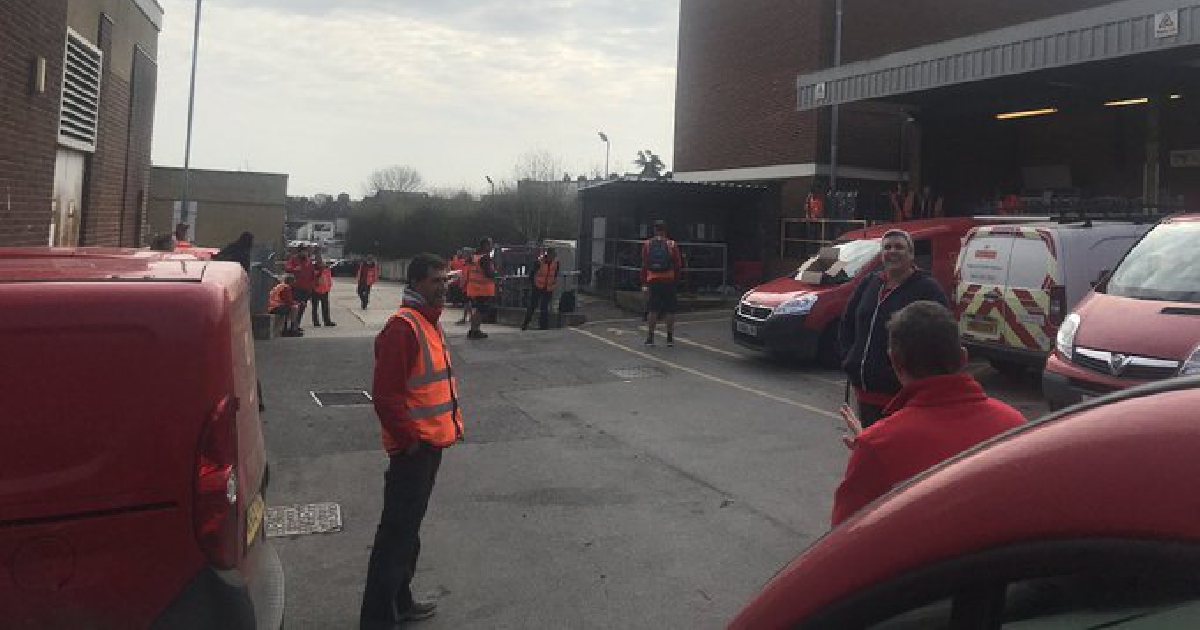 They say the Broadway site wasn't thoroughly cleaned after their colleague went off ill.

A group of postal workers in Didcot are worried their depot is unsafe, after one of the workers there tested positive for COVID-19.

They walked out of the Broadway site yesterday, following guidance from the Communication Workers Union, and are refusing to enter the building today too.

CWU says the delivery van of the person with Covid-19 was cleaned, but the Royal Mail workers aren't happy as the rest of the building wasn't deep cleaned in the same way.

Union rep Steve Gill said: “A member of staff has been tested for COVID-19. The van he used needed cleaning which was done by a cleaning company called Clean Safe.

“They came in and did that, but our building was cleaned by a man with a rag and a spray bottle.”

Mr Gill added: “We are not withdrawing our labour, but people have stayed outside of the building now.

“We are not going in that building because we don’t deem it safe.”

This is the cleaning of a van undertaken by an outside company. The company that carried out the office ‘deep clean’ which was an internal Royal Mail cleaning contractor,did not have any of the required PPE and was a solitary member of staff with 1 bottle of cleaning fluid. pic.twitter.com/gI0KzzaZ6h

A spokesman for the company said: “There is a disruption to services today at Didcot Delivery office.

“We are working with our people to resolve any areas of concern, to ensure that services are resumed as soon as possible. A deep clean of the office has taken place.

“Royal Mail takes the health and safety of its colleagues, its customers and the local communities in which we operate very seriously.”

Earlier this week, the CWU said Royal Mail had failed to provide proper protective gear for its workers.

Dave Ward, the CWU general secretary said that staff should not be working if there was not proper PPE on offer for them.

Postmen have so far been equipped with rubber gloves which reportedly break easily, and hand sanitiser.

They would like access to face masks as well, but stocks of these are currently being given to the NHS as a priority.

At the time, Royal Mail said it ‘takes the health and safety of its colleagues, its customers and the local communities in which it operates very seriously’.

Its spokesman added there was ‘a comprehensive range of preventative measures to protect both our customers and our colleagues in line with guidance from Public Health England.’

They said: “We have introduced a new social distancing policy which has been implemented in the vast majority of our sites.

“Public Health England guidance says there are no additional precautions needed for handling post or packages.”