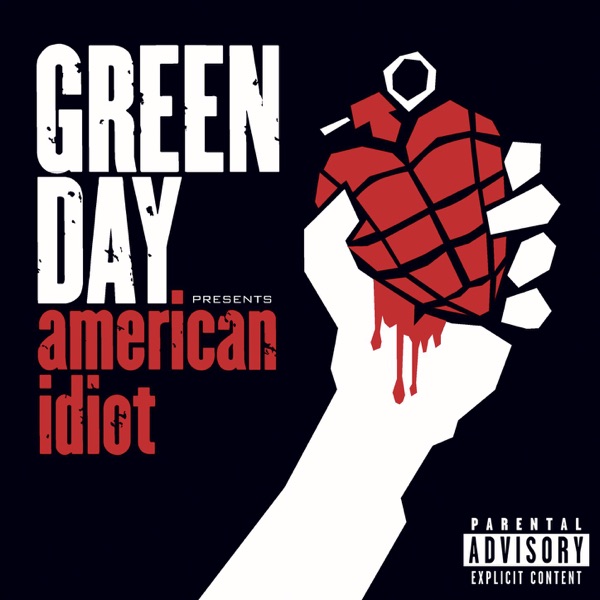 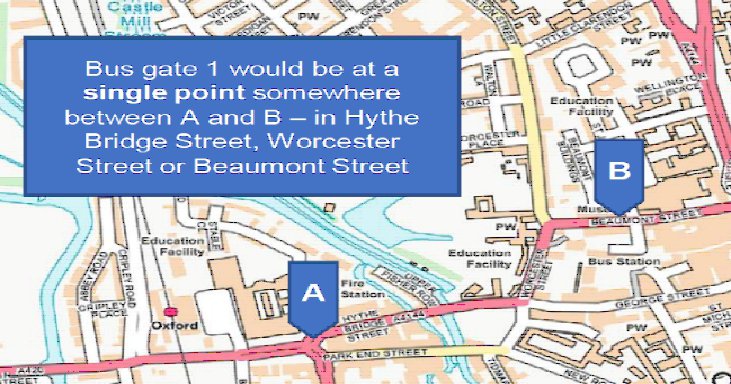 They want to know what local people think of plans to install the new gates in September.

It's hoped the proposals will stop drivers cutting through Oxford city centre, now the roads are getting busier again.

The city and county councils are launching a public survey to find out what local residents and businesses think about the proposals.

The idea came about during the coronavirus pandemic, and involves putting on quicker and more frequent buses, giving space back to pedestrians and cyclists, hopefully reducing congestion and rebooting the local economy.

The councils say cars cutting through the city centre 'makes it less attractive to visitors, local people, and tourists by creating congestion and dirty air.'

The new public survey includes a list of frequently asked questions addressing comments that have already been submitted to Oxford City and Oxfordshire County Councils.

The survey will help inform decisions on things like the location of the bus gates, timings, and how road space can best be reallocated for pedestrians and cyclists.

A bus gate is a form of access restriction that allows only buses, cyclists, emergency vehicles and other limited exempt users to access certain sections of roads between specified times of day.

The new temporary bus gates would be implemented using experimental traffic regulation orders following guidance recently issued to local authorities by the Department for Transport to assist in the delivery of emergency active travel measures and other pandemic recovery schemes.

It is proposed that the two temporary bus gates for the city centre are to be located: 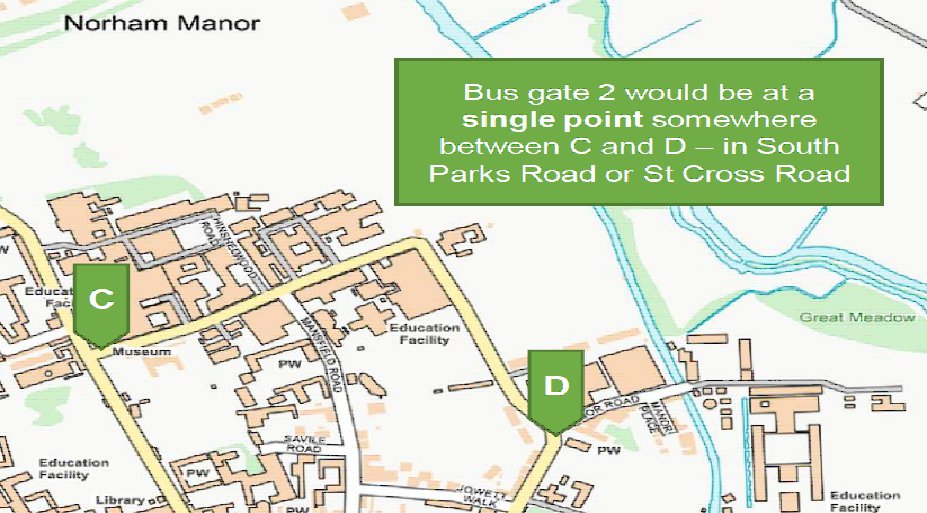 The scheme would allow for wider cycle lanes, with roads closed so that restaurants in the city centre can place tables and chairs outside.

The bus gates would potentially operate seven days a week between 7.30 am and 6.30 pm, aligning to the existing restrictions at the current High Street bus gate.

The scheme will be funded by both councils and implemented by Oxfordshire County Council as the transport authority.

The councils say the city centre's reliance on public transport means that the economy 'is more vulnerable to the impacts of the coronavirus pandemic due to people's reluctance to use public transport.'

The bus gates proposals reflect a change in the Government's guidance on safe travel on 17 July which says: "You can help control coronavirus and travel safely by walking and cycling, if you can. Where this is not possible, use public transport or drive."

The aim is to bring them in by the end of September.

The survey is open until August 9th.

Councillor Yvonne Constance, Cabinet Member for Environment, Oxfordshire County Council, said: "The temporary bus gates will form an important part of the recovery of the transport network in Oxford and offer many benefits to residents and visitors. Bus journeys across the city have been slowed by increases in motor traffic over many years along with increasing air pollution.

"Bus gates give us a chance to build back a more sustainable city as we recover; they will help the recovery of the bus operators, reduce congestion where they are located and help offer safer roads for cyclists. Residents have indicated that they want safer streets with less traffic as part of the recovery and this will be one of the steps forward to achieving this goal."