Coronavirus: One visitor per patient at Oxfordshire’s hospitals 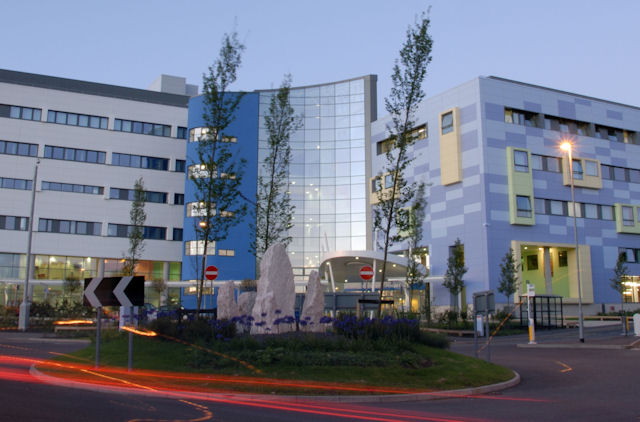 The latest on the outbreak in our county.

Oxford University Hospitals has limited visitors to one per patient and is restricting visiting hours to 4pm to 7pm, with immediate effect.

The NHS Trust says only person will be able to accompany patients to into Emergency Departments at the JR and Horton General, at Emergency Assessment Units, outpatient departments, antenatal scans and imaging appointments.

Similar restrictions are now in place in the Maternity unit, with birth partners only allowed for scans, the birth and postnatal visiting.

In paediatrics, only two parents can visit with no siblings.

As of Monday morning, Oxfordshire has 23 confirmed cases of COVID-19.

Elsewhere in the county the OX5 Run, which was supposed to talk place at Blenheim Palace on Sunday 29th March, has been cancelled.

The organisers have asked those who were going to take part to don their number and run fives miles near where they live on the 29th and they’ll send a medal in the post.

In a statement, The Oxford Hospitals Charity said “We do this with real sadness – the run is such an important event for our charity and for the Oxford Children’s Hospital – but we feel that with the escalating Coronavirus situation it is the right thing to do. We know you will understand.”

Numerous other events are having to be cancelled or postponed in the coming days and weeks.

Unfortunately, due to circumstances outside of our control, the rest of the events for the OxHRF2020, including tonight's screening of For Sama, have been canceled.

We look forward to having you all back for OxHRF2021 and hope you take care in the mean time.

All shows at the New Theatre Oxford are temporarily suspended with immediate effect.

ATG says it hopes to provide people with an update within the next 48 hours regarding the exchange of tickets.

This year's Boat Race between Cambridge and Oxford has been cancelled.

In a statement, the chairman of The Boat Race Company says "the public good far outweighs all other considerations".

As a result of the current situation with Covid-19, The Boat Race on 29th March has been cancelled. This decision is based entirely on our concern for the welfare of our crews, our spectators, our staff and volunteers.

Cycling's Women's Tour, the UK's WorldTour stage race, was postponed almost three months before it was scheduled to begin in Oxfordshire on June 8.

Organisers of the Oxford Literary Festival have also announced that they are postponing the event.

It was due to start next week with a big celebrity line-up, including Dermot O'Leary and Prue Leith.

Festival director Sally Dunsmore said in a statement “It is with a heavy heart that we have taken the decision to postpone this year’s 2020 festival.

“It is the only and right thing to do in the light of continued concern and uncertainty about the spread of the coronavirus.”

Oxfordshire’s Truck Fest is still a few months away, but organisers say they’re monitoring the situation.

Hiya, we just wanted to give you all an update on where we are with this year's festival ✨https://t.co/pBHNEAnIOj pic.twitter.com/eOc9SbxwZN

Earlier this month, Oxford band Foals cancelled three shows in Japan because of the virus.

Pianist Jamie Cullum, who was due to play at Oxford's New Theatre tonight (16/03) has postponed the rest of his tour blaming “No clear directives from our own government”.

A parent of a student at Aureus School in Didcot has tested positive for COVID-19.

The school said in an email that it is undertaking additional cleaning, but that it remains open.

It added, “At this stage the children from the family have not shown any symptoms nor tested positive for coronavirus themselves but as a precaution, are remaining at home.’

Two other schools in the county have shut for cleaning.

Long Wittenham Primary in Abingdon isn’t opening again until Wednesday and says two senior staff members are in self isolation because of mild Covid-19 Symptoms.

Oxford University says it will be issuing further guidance for staff and students in light of the Government's new measures.

7 students there have the virus.