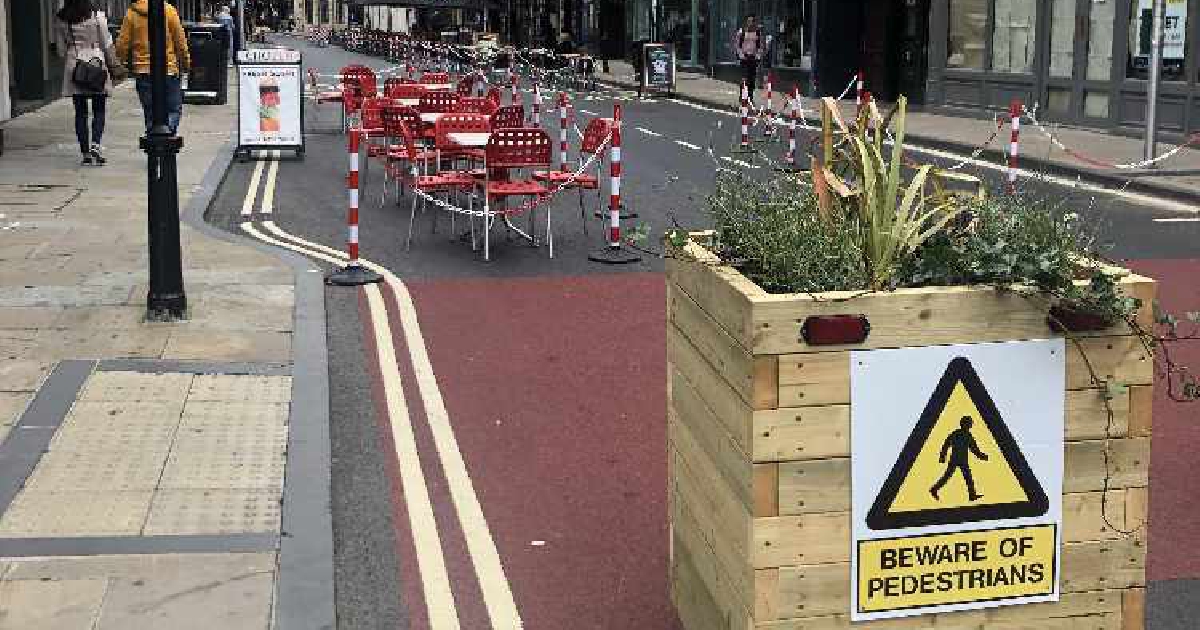 Oxford City Council is trying to prevent hospitality businesses from closing as a result of the pandemic.

The authority has announced that more streets are being closed off to traffic to help cafes, restaurants and bars provide outdoor seating areas.

Tables and chairs have already been put out in Cornmarket Street, St Micahel's Streets and parts of Broad Street and High Street.

George Street was also partially pedestrianised during August and September. A survey on the trial, released earlier this month, revealed that 85% of people thought the overall impact was positive and roughly the same number said it should remain closed in future.

The council says that at least four businesses have said they couldn't have opened after the coronavirus lockdown without the authority adding additional seating areas.

Now, more businesses across Oxford are being helped in the same way; including in Jericho and Cowley.

The projects are as follows:

Councillor Mary Clarkson, Cabinet Member for City Centre, Covered Market and Culture, said: "Four businesses have told us they would not have reopened after lockdown if we had not provided them with space outdoor for tables and chairs, while others are saying that the project has been the difference between them staying open and not, so this is vital work that is providing a lifeline for businesses and protecting jobs in the city.

"We have plans to pedestrianise other street in Oxford to support businesses, which we are working on urgently in the background. But if there are any other businesses in the city that have not yet got in touch with us and think the area outside their premises could be pedestrianised, please do get in touch."