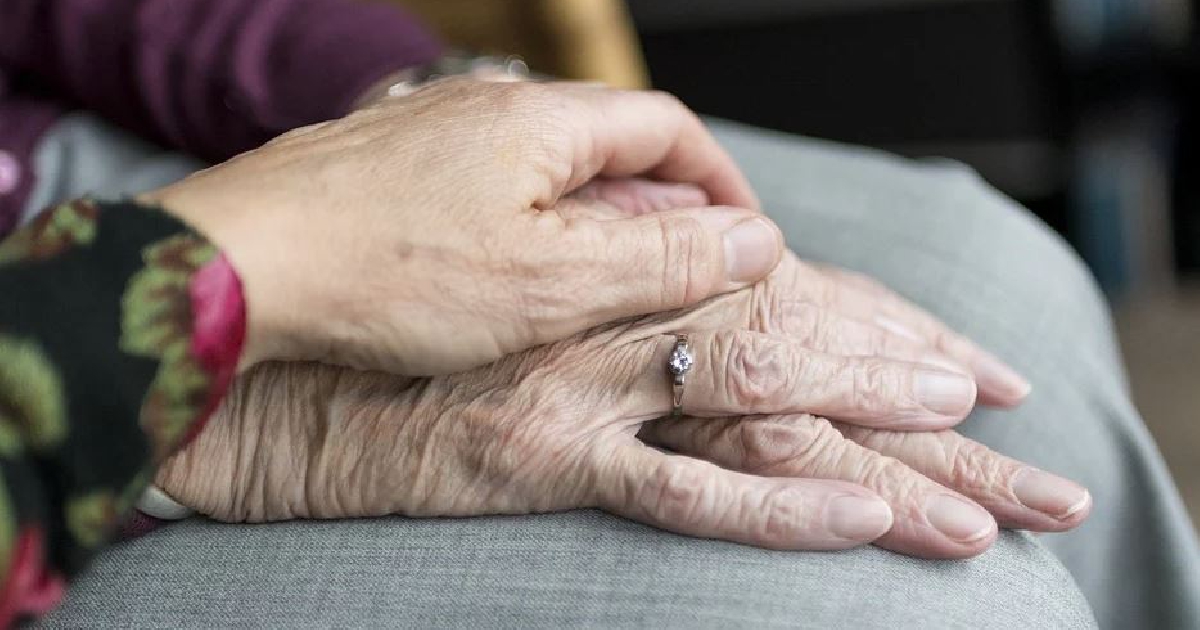 Residents will get the newly-approved jab from next week, the Health Secretary has confirmed.

Matt Hancock said care home residents will be included in the first rollout of the vaccine, starting from January 4.

The approval of the vaccine will bring hope to care home residents and elderly people who cannot leave their homes, with care providers saying they are “delighted”.

England’s chief medical officer, Professor Chris Whitty, previously said its rollout will “speed up very substantially” the time in which all of the most vulnerable groups will have had a chance to be vaccinated.

Experts believe the Oxford jab will be easier to deploy beyond formal healthcare settings, in part because it does not need to be stored at such cold temperatures as the other approved vaccine.

Prof Whitty’s deputy, Professor Jonathan Van-Tam, also previously suggested that people who cannot leave their homes may need to wait for the Oxford jab as it can be more easily split into smaller quantities.

“We’ve already, of course, started that programme with the Pfizer vaccine, and thousands of residents of care homes have already been vaccinated.

“But the need to keep the Pfizer vaccine at minus 70C has made it more challenging to get out, especially to some of the smaller care homes, and those limitations aren’t there for this Oxford AstraZeneca vaccine, so we can get out and vaccinate people who live in care homes who, of course, are some of the most vulnerable to this disease.”

Professor Martin Green, chief executive of Care England, said the membership organisation is “delighted” and care homes must be a priority in the rollout.

He said: “With community transmission on the increase, it is all the more important that we learn lessons from the first wave and focus on protecting those living and working in care homes.

“Care homes have been flagged up by the Joint Committee on Vaccination and Immunisation (JCVI) as a priority and this must be adhered to.

“Fortunately there are fewer logistical problems, such as transportation, with the Oxford vaccine so the rollout should be quicker than the Pfizer vaccine.”

Chairman Mike Padgham said: “2020 has been dreadful. After the shocking figures released yesterday of the massive rise in infections, this gives us much hope.

“This should mean that the mass rollout of the vaccinations can now begin in earnest to those residents and all vulnerable people – particularly those in care homes and the staff that care for them – as a priority. Great news to hear at the start of a New Year.

“Our thanks should go to those involved in developing this Oxford vaccine – we will be forever in their debt.”

It was several weeks after regulator approval, on December 2, before the Pfizer/BioNTech vaccine reached care homes in England.

The Pfizer jab, manufactured in Belgium, needs to be stored at minus 70C to minus 80C, can only be taken out of cold storage four times, and batches contain hundreds of doses which must be broken down for use in care homes to avoid wastage.

This has created challenges in getting the vaccine to care homes, and, despite being identified as a top priority for the jabs, care home residents were not included in the initial rollout.

Residents in England first received the jab in seven care homes in a pilot starting on December 16 – a fortnight after it was approved by the Medicines and Healthcare products Regulatory Agency (MHRA).

This was also the day that the vaccine reached Welsh care homes, while Scotland and Northern Ireland rolled it out earlier.

Until this point, some residents who were mobile were being bussed to hospital hubs so they could get the jab there.

But most were left waiting, as were elderly people unable to leave their own homes.

The vaccine was then rolled out to care homes in England with more than 50 residents, beginning in the week before Christmas.

First Minister of Northern Ireland Arlene Foster said the Oxford vaccine should be rolled out across the country next week.

She added that 80% of care homes have already received their first dose of the Pfizer vaccine.

As with the Pfizer vaccine, care home residents will be encouraged to take the jab but it is not mandatory.

People with power of attorney will be able to sign consent forms on behalf of residents without the mental capacity to consent, such as people with dementia.

For residents who cannot consent and where there is no power of attorney, decisions will be taken in their best interest by staff after consultation with family members.

All staff carrying out vaccinations will be trained in the issues of consent and the Mental Capacity Act.

This process is similar to how the annual flu vaccine is delivered.