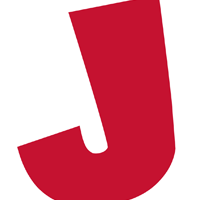 Questions have been raised about the results of their Covid-19 vaccine trial.

The pharmaceutical giant has acknowledged the finding was as a result of a dosing error, but it did not expect any new trial to hold up regulatory approval in countries including the UK.

Oxford and AstraZeneca’s overall efficacy from two different dosing regimes in a phase three trial was announced last week at a combined figure of 70%.

A half dose followed by a full dose was found to be 90% effective, according to a subset of data, but the efficacy was 62% for people given two full doses.

Earlier this week, Moncef Slaoui, the scientific head of the US’s Operation Warp Speed – the programme to supply America with vaccines – told US reporters the half-dose regime was only given to people aged 55 and under.

This could pose problems as scientists across the globe are hoping to find vaccines that work in older people who are most at risk from Covid-19.

Results from an earlier phase two study published in The Lancet medical journal showed the vaccine produced a strong response in all age groups.

Professor Andrew Pollard, director of the Oxford Vaccine Group, told reporters at a UK-based press briefing last week that the 90% effectiveness finding had already met the “necessary statistical evidence as required by regulators”.

He said further evidence will probably be available next month but it is “a highly significant result even with the numbers that we have”.

Neither AstraZeneca nor Oxford disclosed at the briefing that the 90% figure was based on adults aged 55 and under.

It comes as some US scientists have questioned a lack of detail in the results put out last week by AstraZeneca and Oxford.

The New York Times reported that AstraZeneca’s Menelas Pangalos had needed to defend the company’s handling of testing and its public disclosures.

Some experts have also raised questions about the use of two differently designed clinical trials in Britain and Brazil, and pooling analysis from both.

They also say it is unclear how many coronavirus cases were found in each group of the trial.

Mr Pangalos said the half-dose finding “could end up being quite a useful mistake”, adding: “What is there to disclose? It actually doesn’t matter whether it was done on purpose or not.”

The Oxford vaccine is only £2 to £3 per dose and can be more easily stored than vaccines from Pfizer/BioNTech and Moderna, which require very cold temperatures.

The jab is being assessed by the Medicines and Healthcare products Regulatory Agency (MHRA) for use in the UK.

In an interview with the PA news agency last week, Tom Keith-Roach, president of AstraZeneca UK, said there had been “highly statistically significant efficacy results in all subgroups… so I think the regulators will look at it on that basis”.

Helen Fletcher, professor of immunology at London School of Hygiene and Tropical Medicine (LSHTM), said: “What’s remarkable is that Oxford University and AstraZeneca have gone from square one to 100 million doses in less than a year.

“It’s not surprising if some manufacturing issues were still being ironed out when they started clinical trials but early stage trials are all about safety and the safety data we have seen has been very robust.”

She said it was important to wait for the full dataset to be published.

“I also think it’s possible that a lower initial vaccine dose could result in higher vaccine efficacy,” she said.

“More is not necessarily better when it comes to vaccines and immunotherapies. You need to stimulate an immune response but if you push too hard you can get hit a negative feedback loop where the immune system seeks to control and dampen down the response.

Stephen Evans, professor of pharmacoepidemiology at LSHTM, said “the idea that no protocol has been published (by Oxford and AstraZeneca) is simply not true”.

He added: “The variety of age groups and dosing regimes is a feature of a number of the vaccine trials and not just the Oxford AstraZeneca vaccine.

“The way the data are put together will have been specified in the protocol and scrutinised very carefully by regulators to ensure that there is no ‘cherry picking’ of the results.”

Joy Leahy of the Royal Statistical Society said the scientific community was “rightly seeking more data in the form of a peer-reviewed paper”, but a press release was put out because of the risk to financial markets from too many people knowing the results while awaiting peer-review publication.

She said the “dosing error does throw up some problems” and the 90% result found may be due to random statistical variation.

“There are also some other complications in looking at this subgroup given that they were all in one location and apparently not representative of the full age profile in the trial,” she added.

Paul Hunter, professor of medicine at the University of East Anglia, told PA: “Given that many vaccines are less effective in older people, we have to be even more cautious about taking this 90% efficacy at face value, at least for older people.”

A spokesman for AstraZeneca told PA on Thursday: “As the development of the vaccine was scaled up into the Oxford-sponsored Phase II/III trial, the measurement used for earlier trials was shown to over-estimate the strength of dose in the new larger batches, resulting in a half dose of the vaccine being administered.

“This was reviewed by the independent Data Safety Monitoring Board and the UK regulator, both of whom approved the continuation of this dosing regimen and the regulator publicly confirmed that there was ‘no concern’.

“All other regulatory authorities were informed that we would continue to monitor and study this cohort. Given the high efficacy we have now seen with the different dosing regimens, there is strong merit in continuing to further investigate these findings in order to establish the most effective dosing regimen.

“We are in discussions with regulators around the world to evaluate these findings and we look forward to the publication of the peer-reviewed results, which has now been submitted to the journal.”

Oxford University said it would not comment ahead of the data appearing in a peer-reviewed publication.