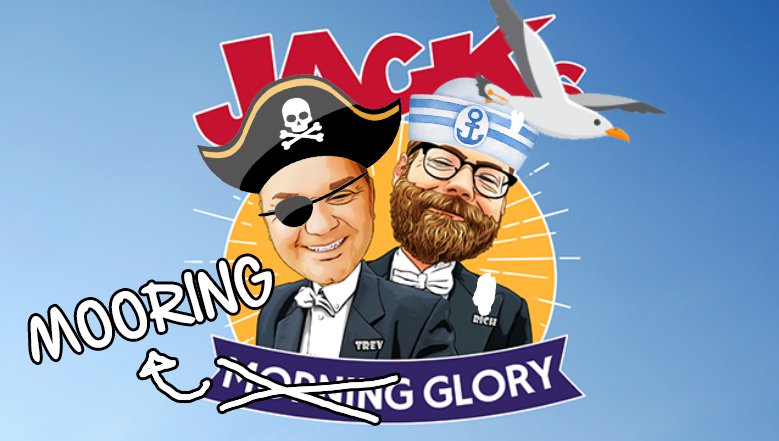 Trev and Rich have boated from one edge of Oxfordshire to the other.

On the Thames. In two days.

It was all on the radio - and now it's all here. Trev only swam naked in the Thames at the end a little bit. Relive this silly thing here.

Goring, Reading. Border crossed. Can we all go home now?

81 miles, 22(ish) hours, two idiots and one boat.
Trev has crossed the border line at Goring. Naked. No one asked him to.https://t.co/0aWjGzYkDF pic.twitter.com/2dCKFI6IRE 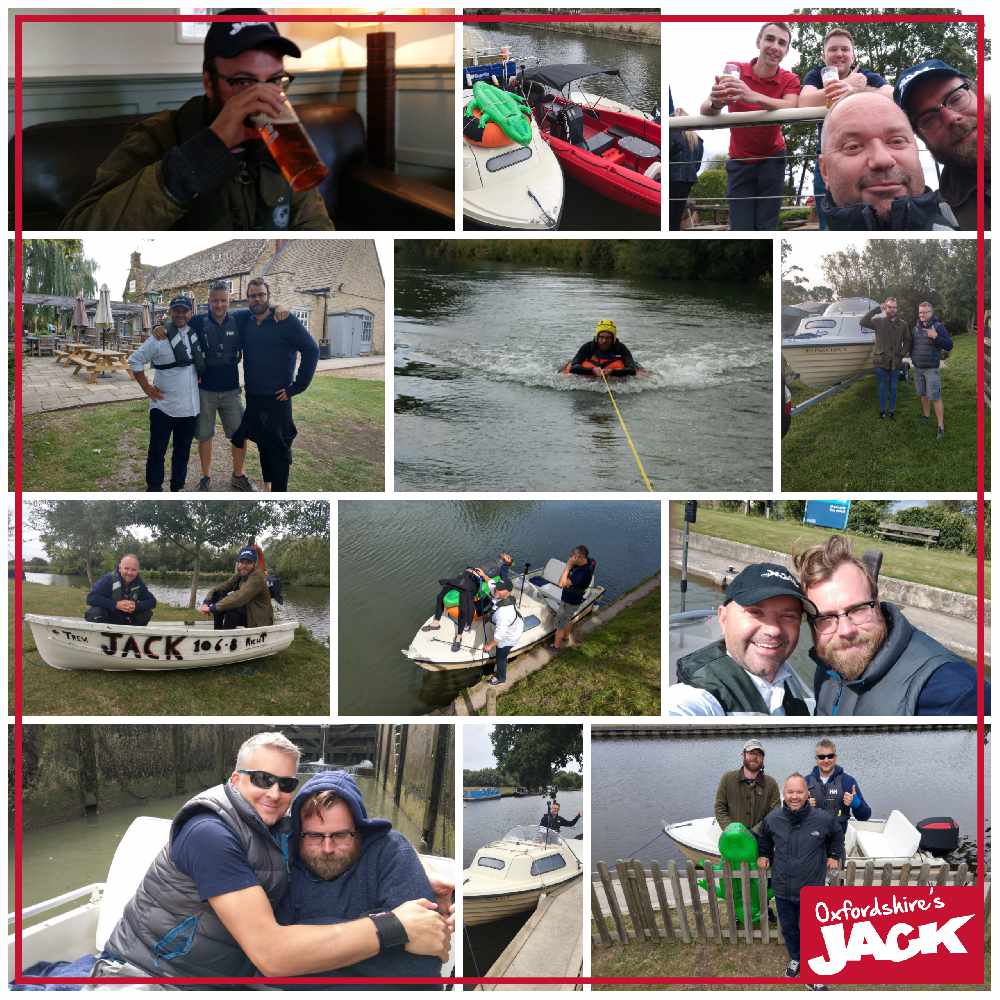 Any excuse to strip off...

Good god. They're going to bloody do it.

Update from the Thames. Nearing the county boarder! One last treat in store for Trev 👍

Right then. We have a Ringo. We have a county boarder crossing. We have two idiots in a boat.

Who's crossing the boarder on the Ringo, please?

Light is fading. Race is on to Goring! 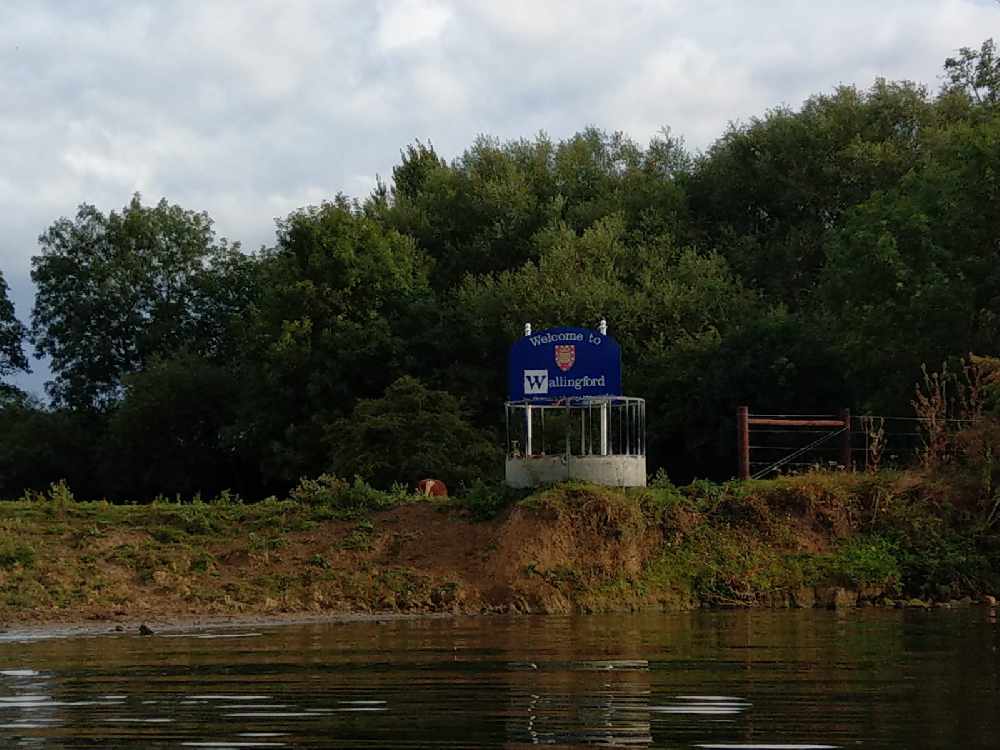 And Trev's wet pants are on the flagpole.

The race is on. 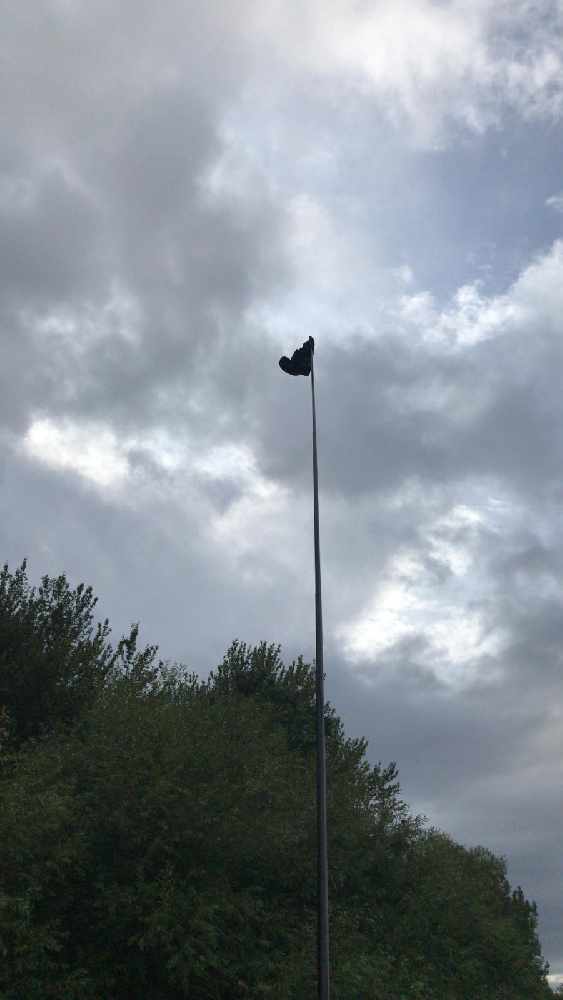 Some rain has come.

Things are getting tense. They could *actually* make it? Who knew...

Traffic should be fairly light I would hope - if they have to wait for traffic coming up the river to clear the locks then that might bugger up the timings. Locks should be manned until 5. Ooooh it's tense.

We've all been waiting for this...

Thanks to the power of the internet, we finally have the footage of Trev falling in the Thames near Cullham.

Matthew reckons the boys can do it.

Will they make it to Goring by sundown? 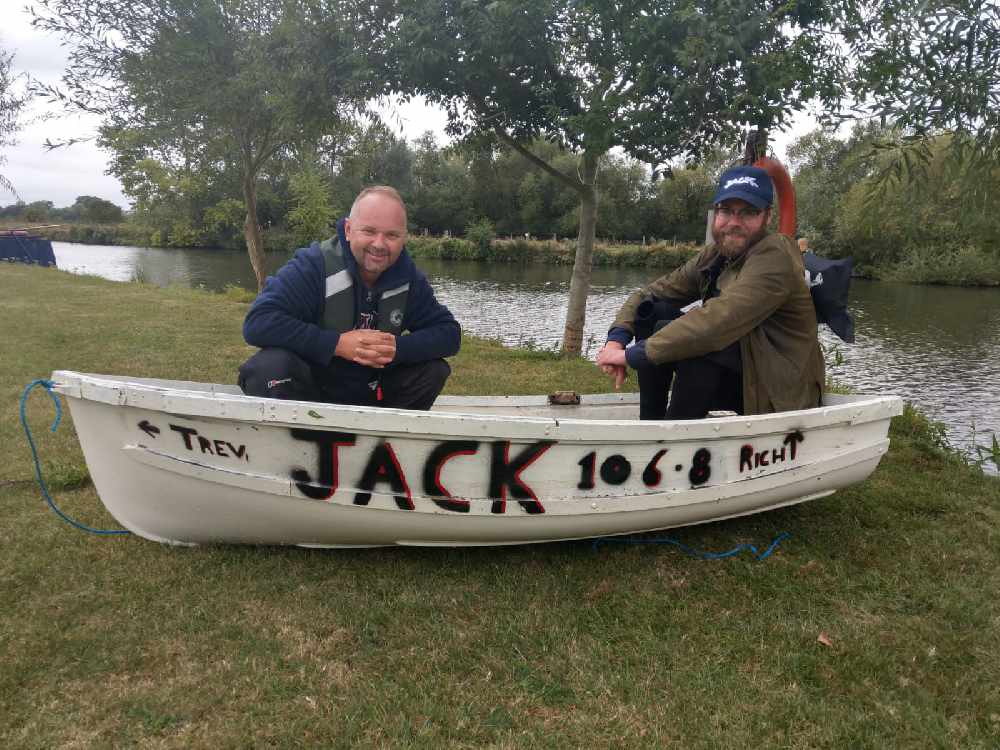 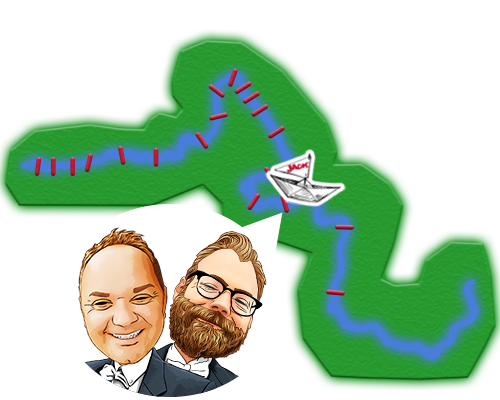 Can they make it to Goring before sundown? Who knows. 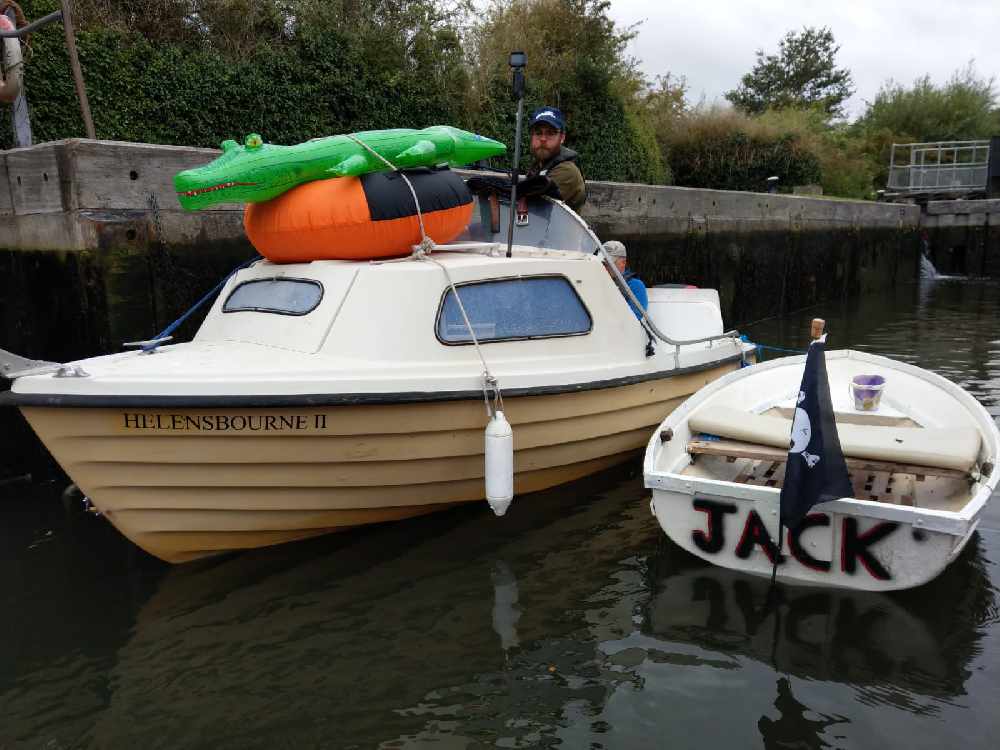 Trev's gone in the drink. Rich's only job was to film it.

Rich is getting some revenge on Trev after that Ringo yesterday...

Not sure how useful a TomTom is on a river...

Oh look, it's Tom and Tom. They came to say hello at @TheNagsAbingdon.
Can they make it to Goring before sunset?
👉https://t.co/0aWjGzYkDF pic.twitter.com/FRsctcJgtk

JACK's Mooring Glory is at the Nag's Head in Abingdon. Come and say hello! 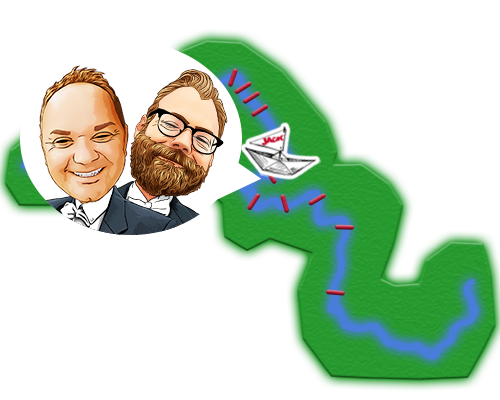 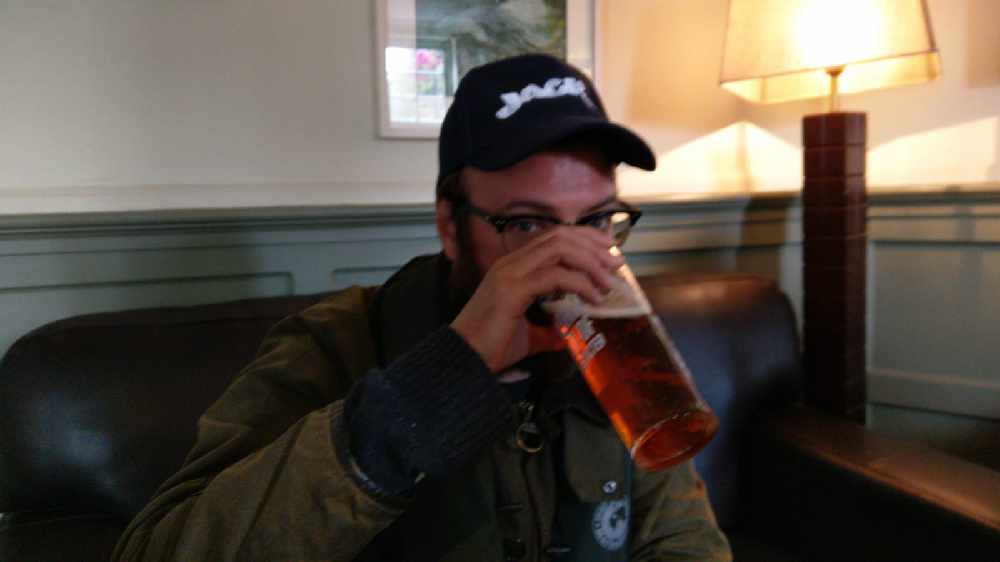 First look at our special Dinghy.

We clearly have a HUGE budget as you can see.

Good luck with that boys. 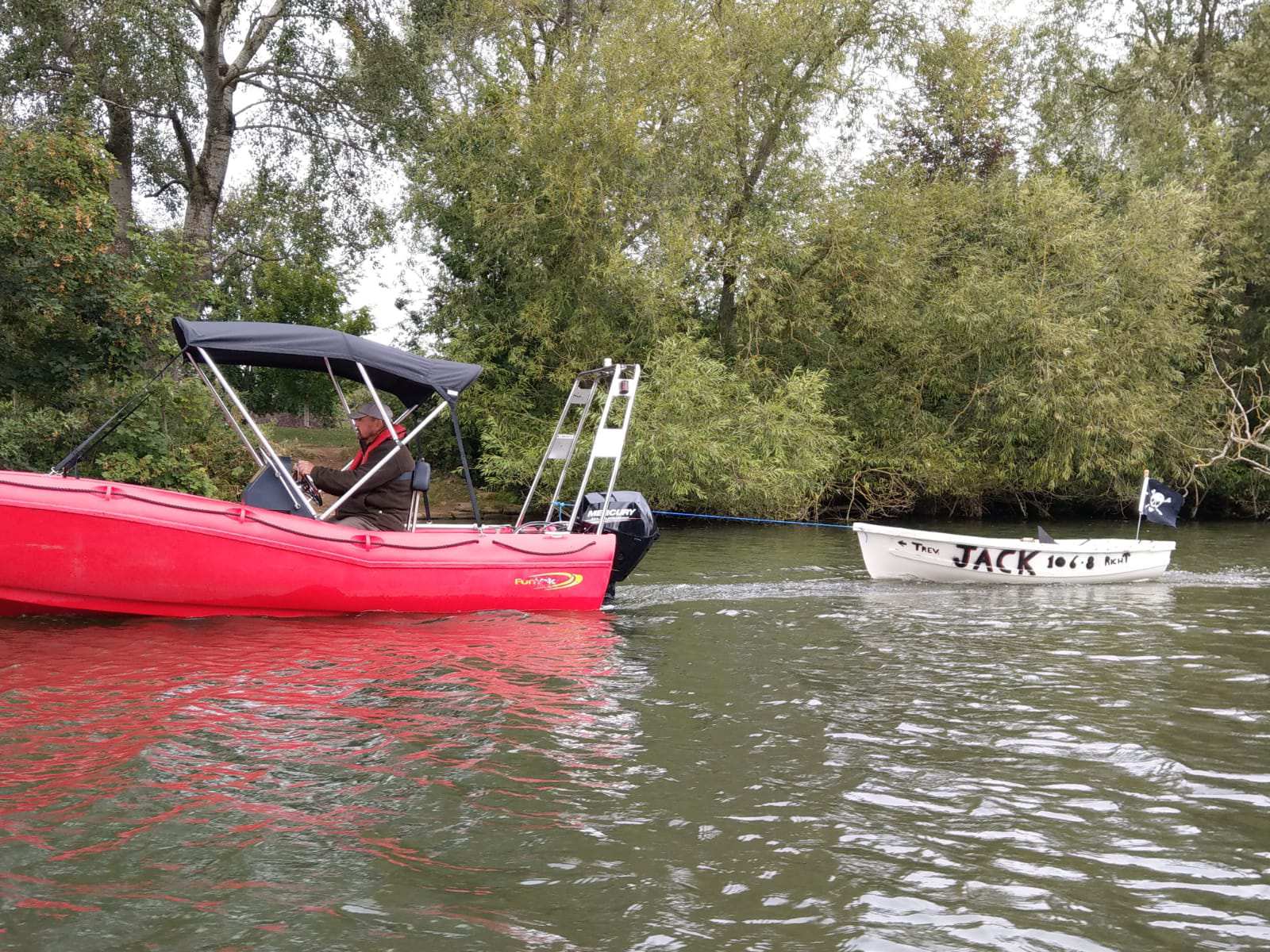 In Abingdon? Catch Trev and Rich sailing through...

(and some extra behind the scenes sneaky stuff on the stories).

The boy's have hit traffic. On the Thames.

Trev has joined the party. Finally. 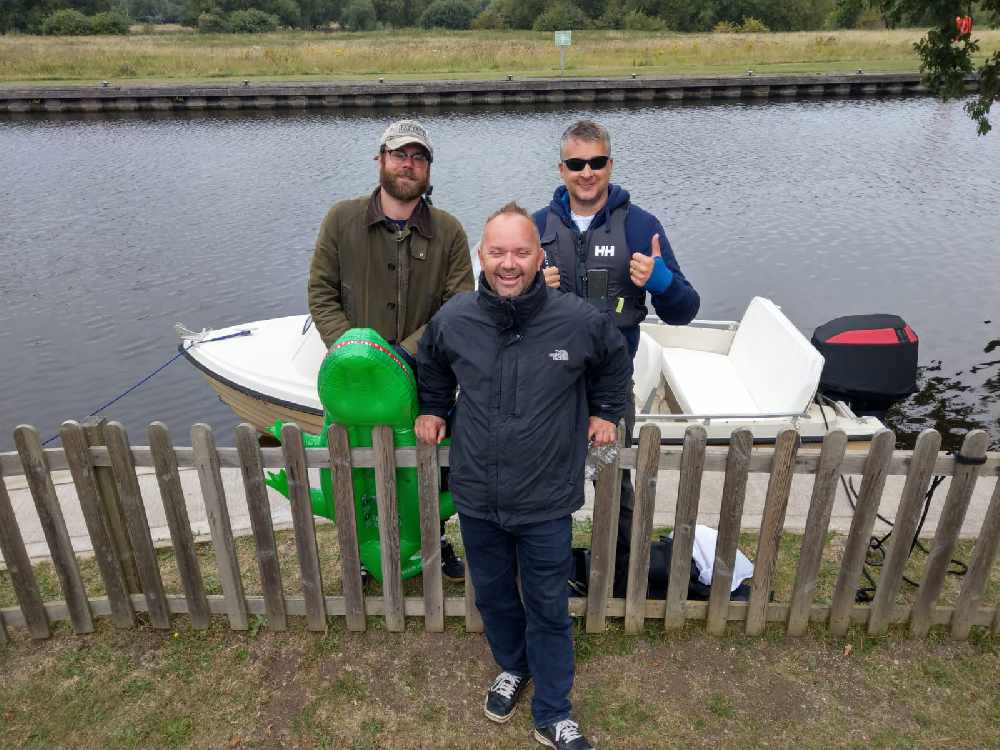 They're at a pub. But it's closed. 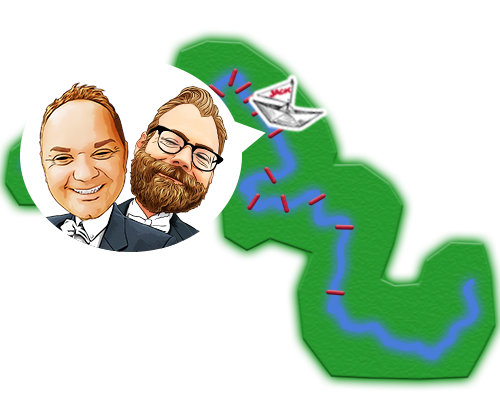 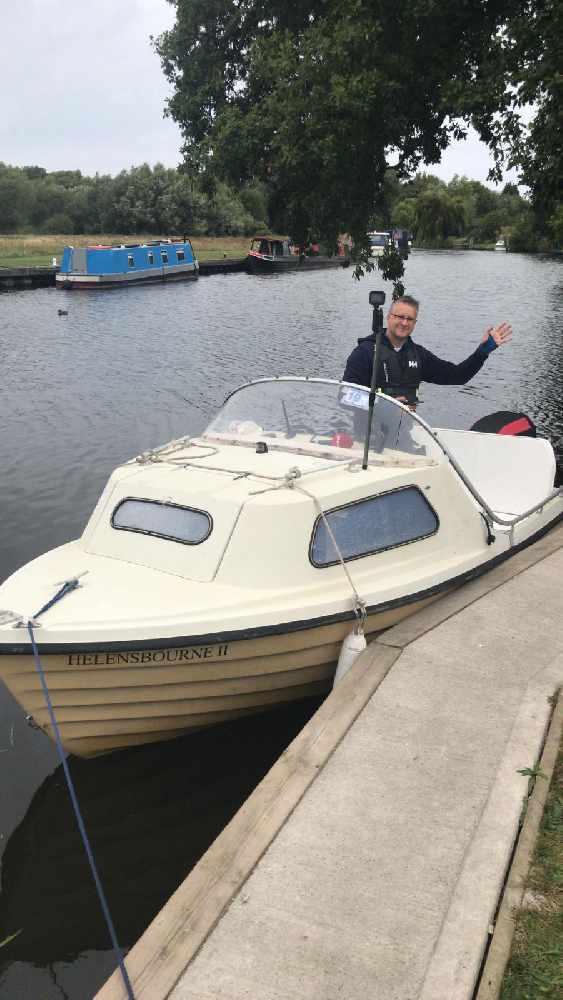 There's a WhatsApp group to help sort everything.

Rich is doing all the right things. 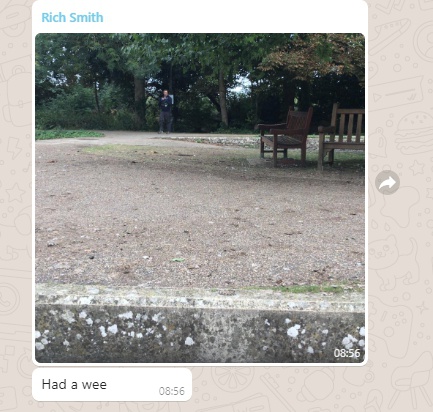 Just made it to Donnington Bridge, near Iffley Lock.

Absolutely stunning in its beauty.

Made it to Donnington Bridge. Beautiful

Osney Lock. It's not summer.

See us in Abingdon around lunchtime? Bring a meal deal 👍

Sod your back to school photos. This is the pic of the day yesterday.

Incredible news. It's the first electric lock of the trip. That's the level we're at. Cheers, Godstow Lock.

Heading through central Oxford this morning, then pushing on through to Abingdon. 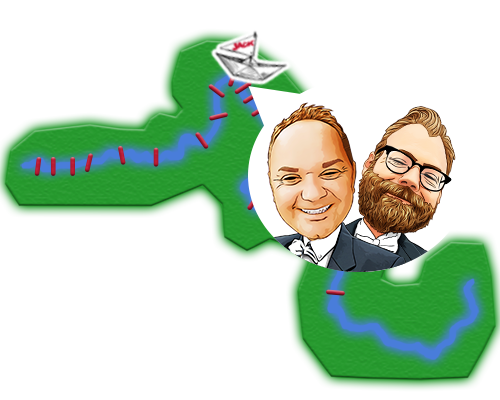 A call for help. Just to embarrass Trev.

This was Rich on the ringo yesterday.

Today, we really need something bigger. Trev's going on it too.

Do you have anything in the back of the cupboard we could use and pick up this morning? https://t.co/oK8jPMrpht

Yesterday we started on the Thames in Lechlade on the west of Oxfordshire.

Can we get to Goring, on the east of Oxfordshire, before sunset tonight?

Probably not. This is JACK.

And this is where we're starting.

The JACK's Mooring Glory group WhatsApp. Today should be fine...

On the radio right now - can we make it across Oxfordshire on the Thames by sunset? pic.twitter.com/7MIpVMxfmV

He's still miles funnier than the regular breakfast show at this point.

Will we get to our mooring point in Oxford before nightfall? If we don't, it's illegal. And we'll have no plan.

At Kings Lock near Wolvercote now. Follow where we are live 👇https://t.co/0aWjGzYkDF pic.twitter.com/YHUIGk9mhZ

Spot of bird watching, heading to the Swinford Toll.

Got your 5p lads? 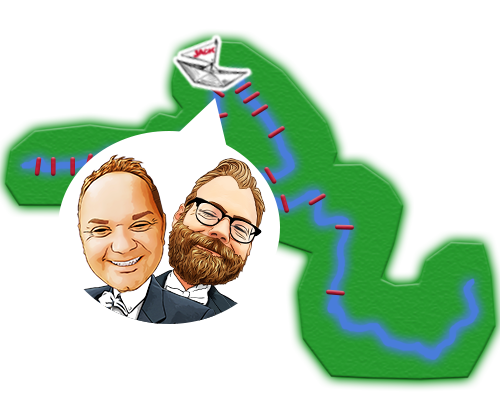 Riverbank Adventures. They're getting loopy.

Time for a drink. Of water. 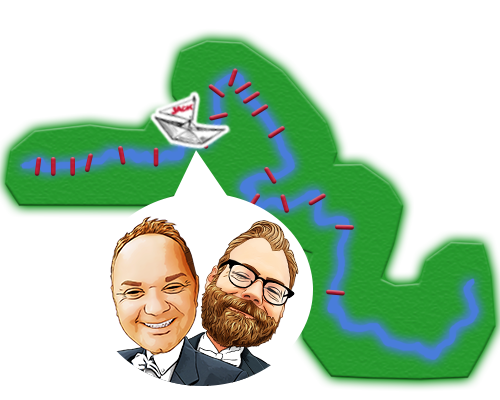 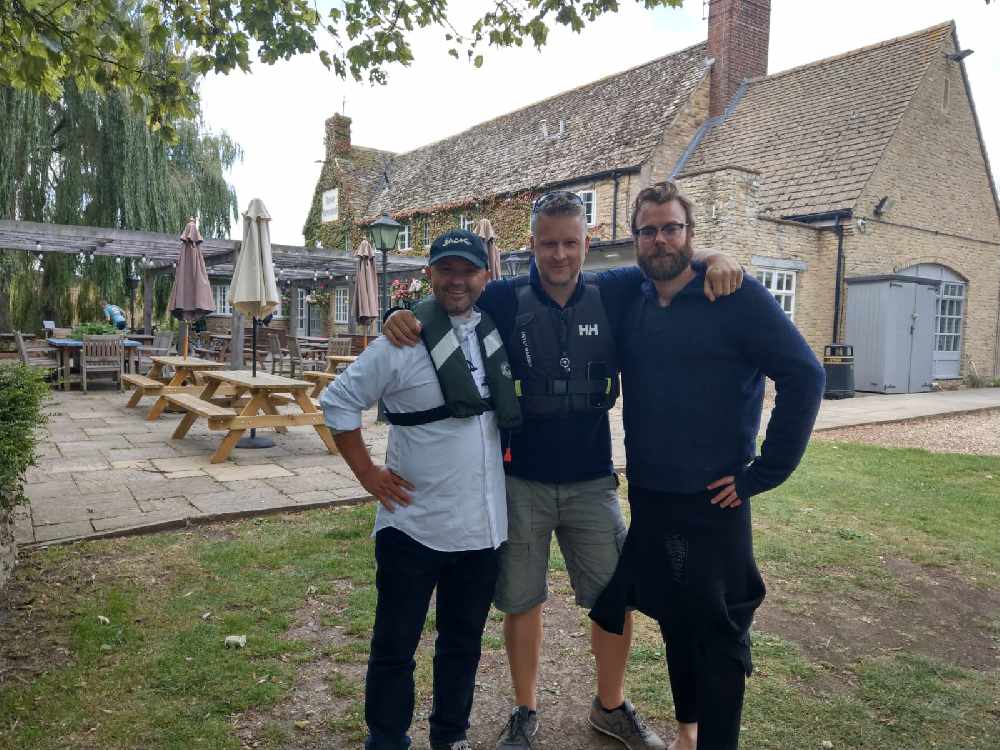 Doing their bit for the environment... Do you know a Michael?

We all need a hug from Captain Nick every now and again. Hang in there Rich. 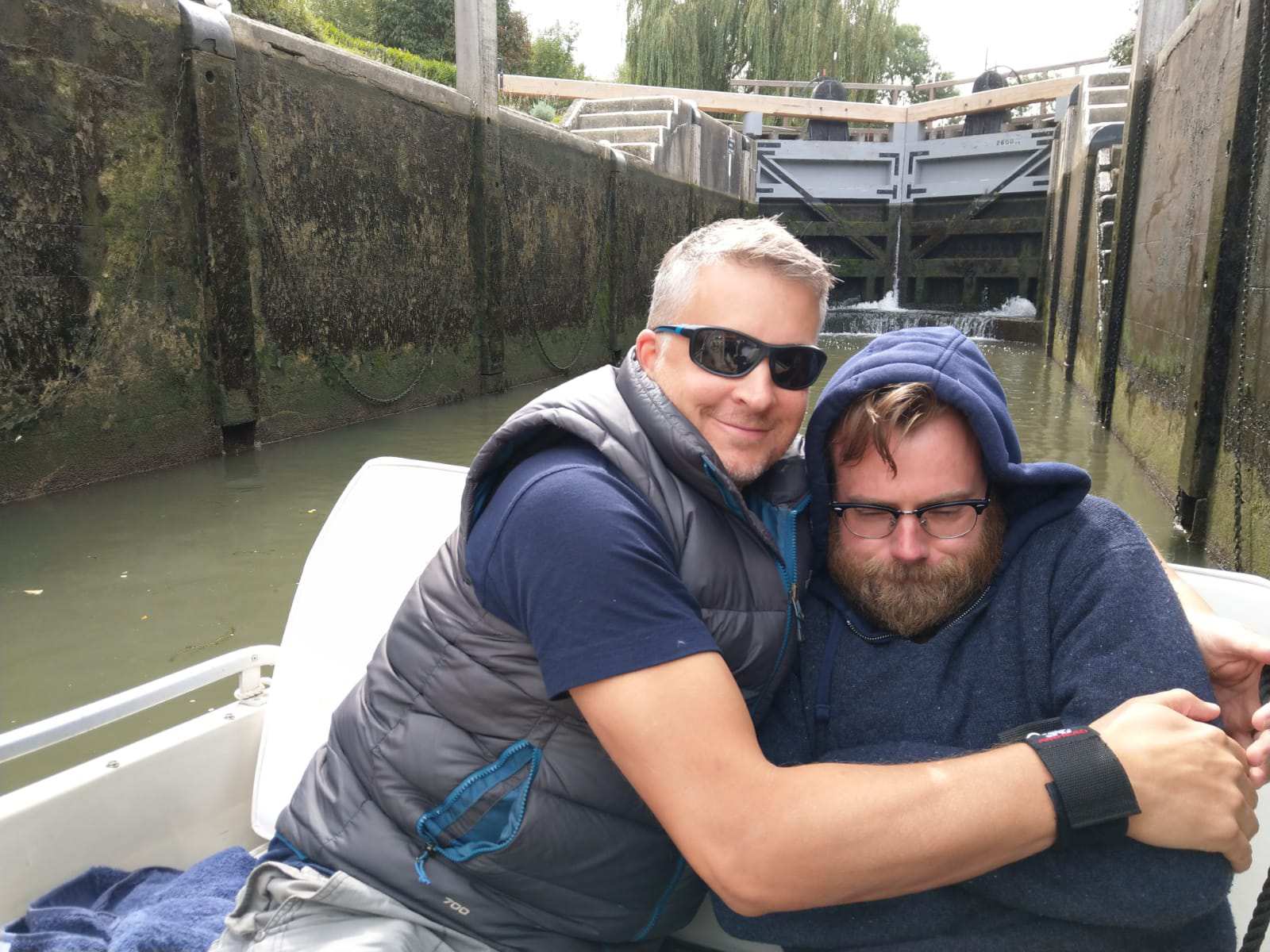 Heading away from the Trout Inn, Tadpole Bridge. No time for lunch! 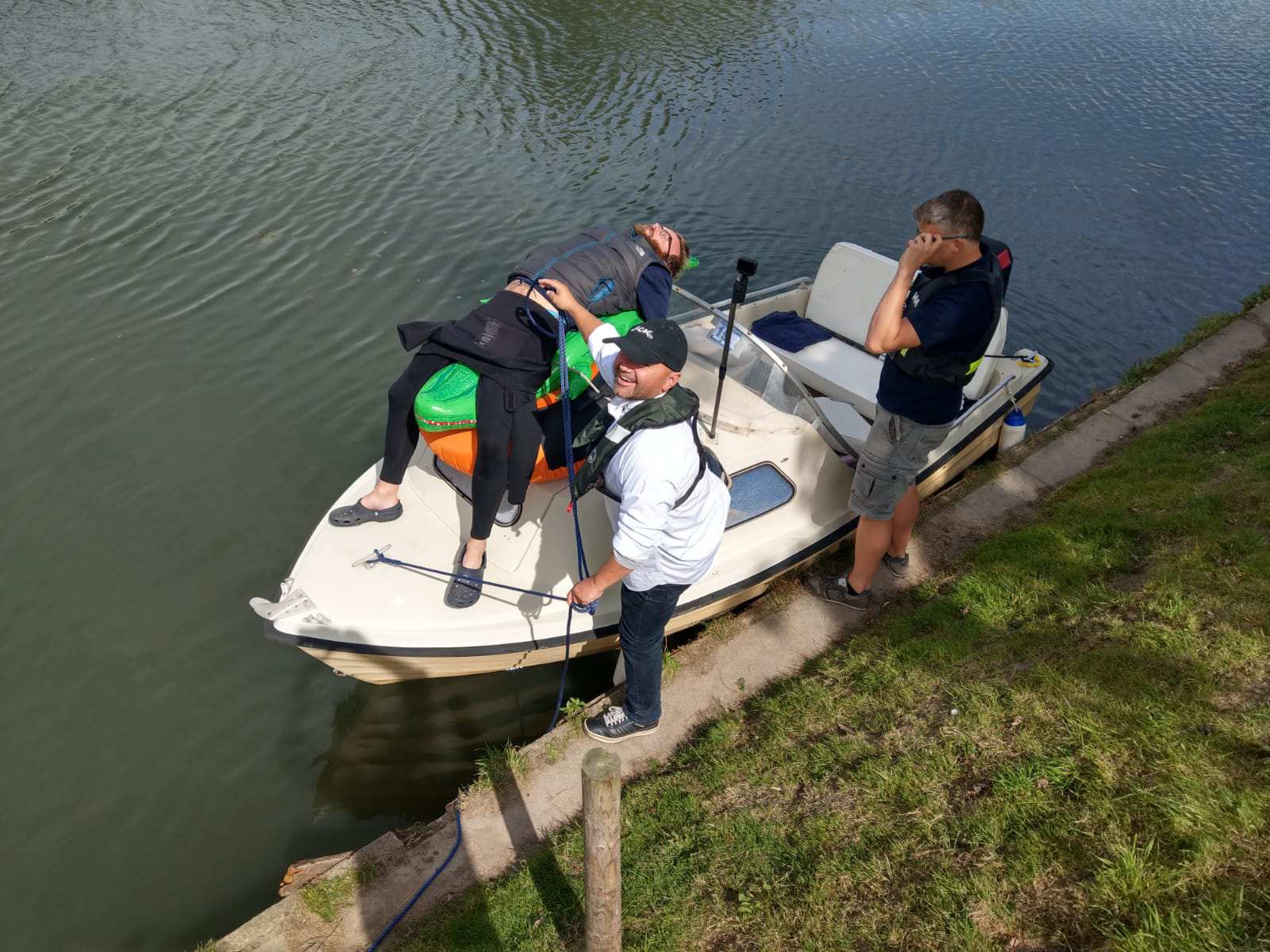 Still not sunk. Yet. 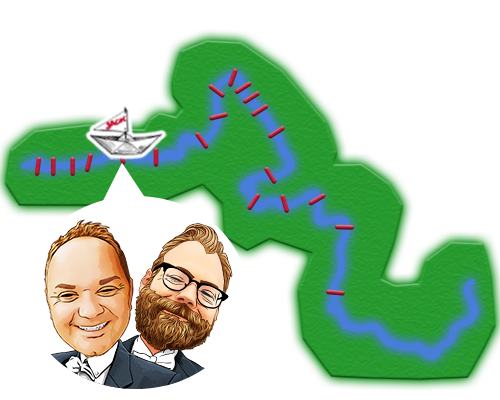 "Let's get him in. We don't want him to get hypothermia."

Stick the radio on to hear Rich suffering and Trev laughing. Trying to get from one edge of Oxfordshire on the Thames to the other in two days. Ish. 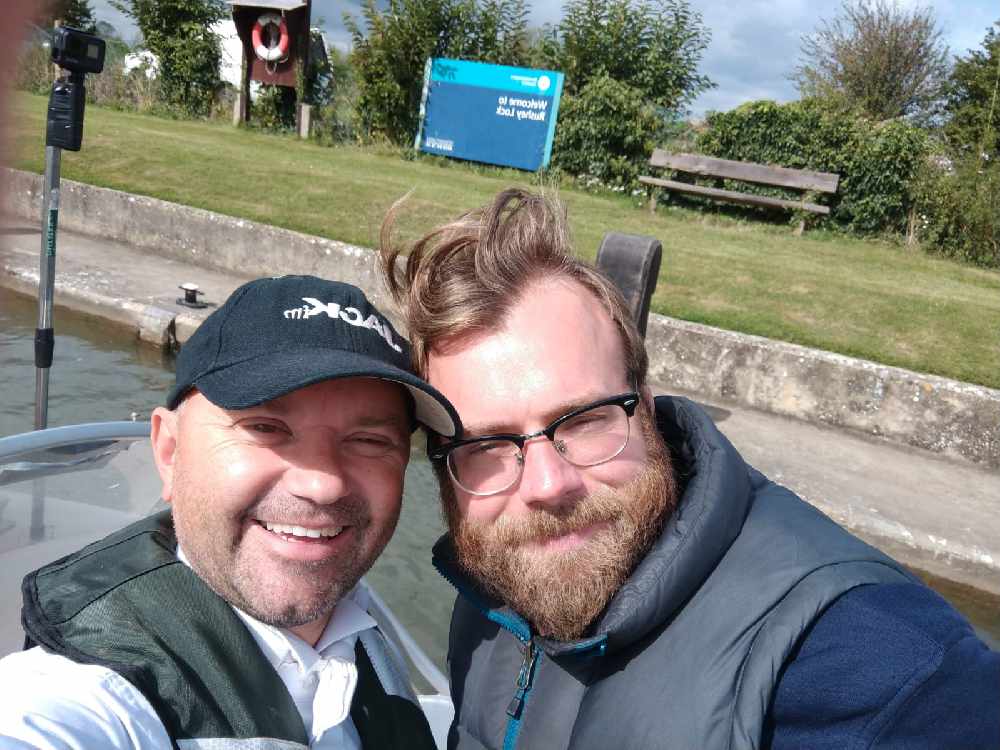 If you listen to one thing today, make it Trev's sympathetic and respectful piece on the radio while Rich is being towed behind the boat.

Not all heroes wear capes. Some wear wet suits.

While we wait for the boys to get through Radcot Lock, let's relive this wonderful moment.

The wet suit doesn't leave much to the imagination either. 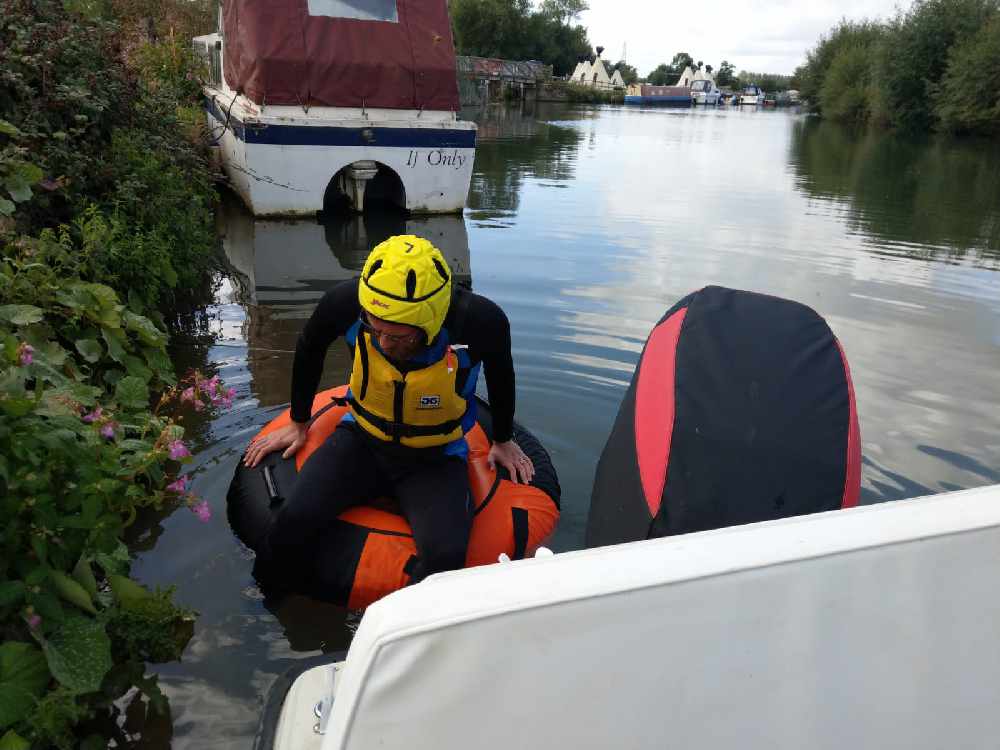 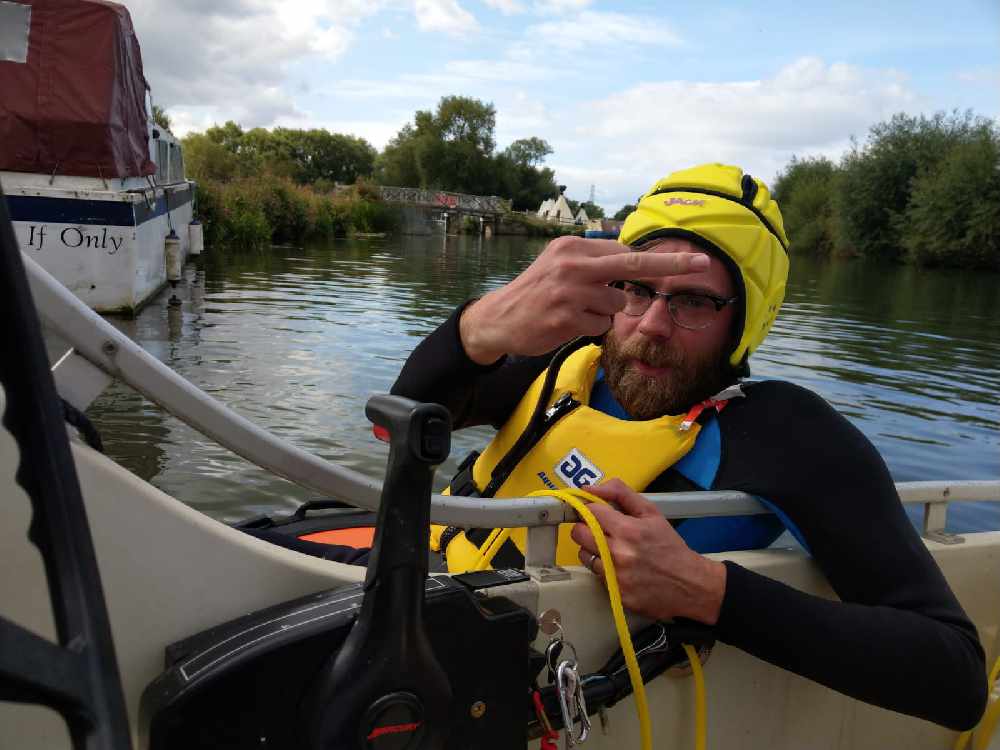 Cracking on after a pub breakfast. Beer and bacon.

Cheers Ye Olde Swan in Radcot. Rich doesn't want to leave and get on a ringo to be towed behind a tiny boat. But we want to see it, so tough.

We're on the Thames for two days, trying to travel 80 miles from one edge of the county to the other. Come see us any time. It's possible, but surely not by JACK...

Bacon sandwiches at #YeOldeSwan in Radcot. More than Trev and Rich deserve. pic.twitter.com/zRbgx8XSuz

Want a tour of the boat we're taking across Oxfordshire?

The boat's made it to Radcot.

Pushing on down the river soon. Three men in a boat - or two in a boat and one being towed behind in a ringo. Sorry Rich.

Stick JACKfm for updates on if/when we sink. 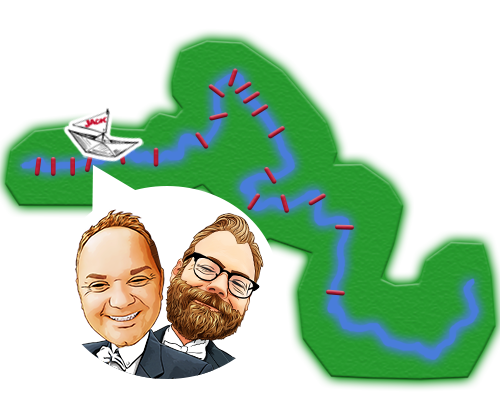 In the meantime, pint?

Such an Oxfordshire image.

What do you do while waiting for Trev to join the boat in Radcot? No drinking and sailing 🍻🍻

No luck catching them swans then?

We asked Rich for interesting pictures from the boat. He's what he thinks that means.

Trev's leaving the studios now to join Rich on the boat. When he does, Rich gets in the ringo and a tight wet suit. 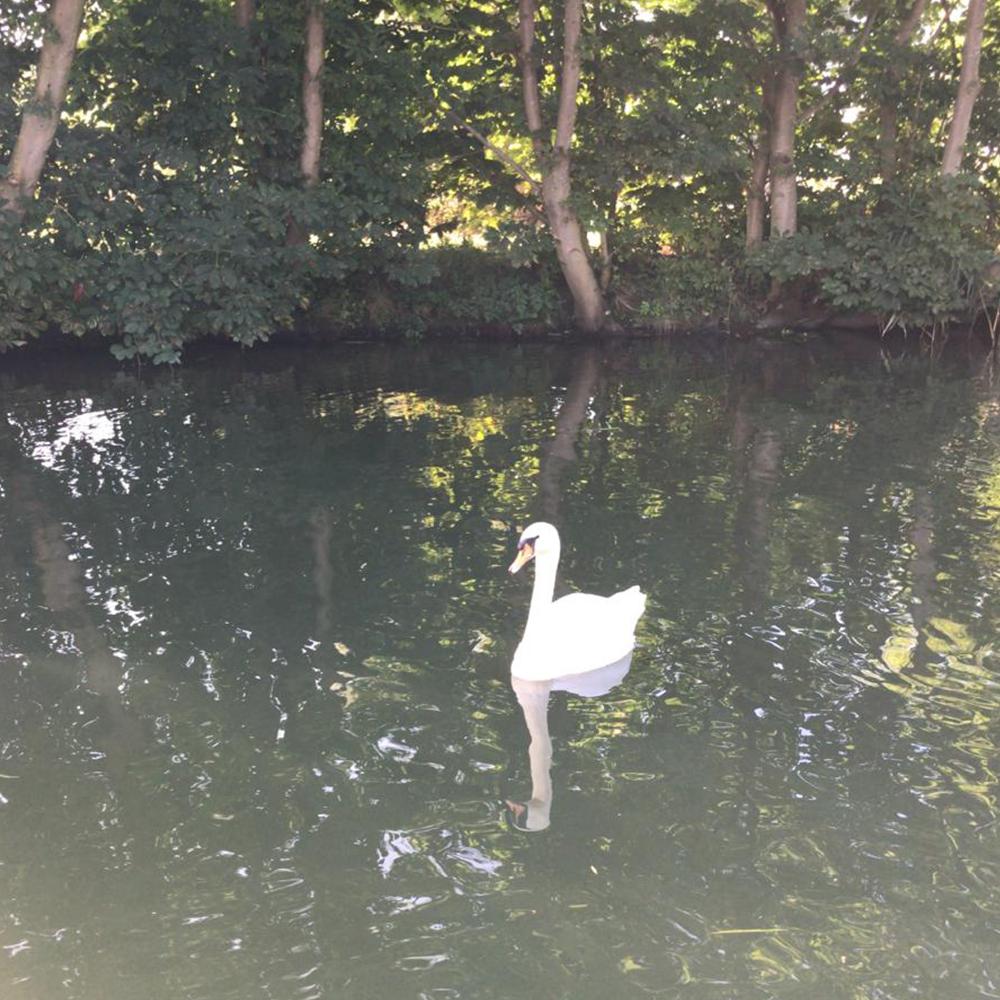 Passed through Lechlade lock a few minutes ago.

Lynn gave us this gem for tomorrow. Lend us some charcoal?

Lechlade lock? Look out for this important notice at Abingdon lock! pic.twitter.com/NBn8YYy7Mi

River Thames is manic too. Just look at it.

Listen to JACKfm now for updates. 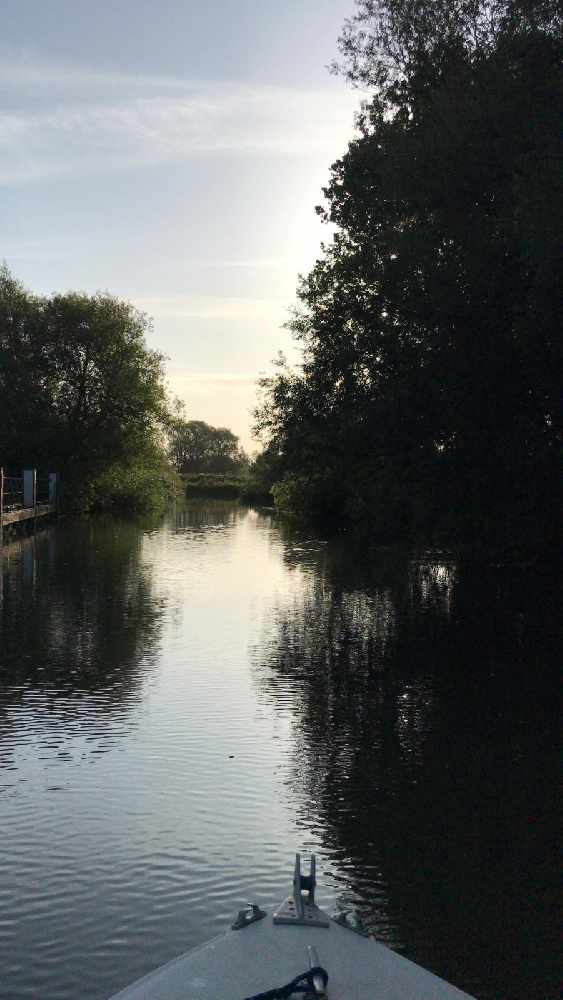 Nick the captain says he's never done one before.

Half open, half successful, half arsed. JACK.

Peace. Tranquility. And half a lock. JACK's Mooring Glory is go - getting from one edge of Oxfordshire to the other on the Thames

THE BOAT HAS CAST OFF!

Give it 10 minutes before they sink.

Rich is at the Trout Inn in Lechlade. Cast off is soon. Bacon sandwiches have been had.

Just need to get the boat in the water now.

It's so amazingly peaceful here. No traffic noise, no rush hour, no nothing. Apart from a radio station rocking up and disturbing everything.

Next - getting the boat in the water. While Rich is on board. 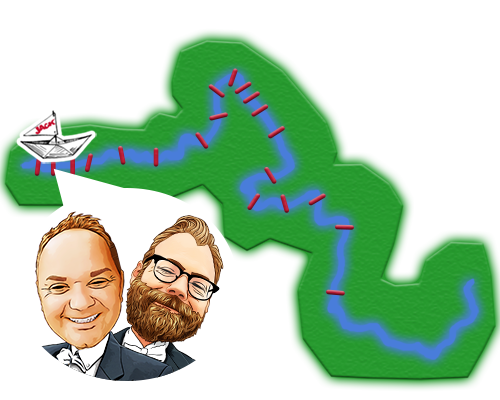 Rich has just been introduced to the boat we're taking down the Thames for two days. Except when he's in the ringo being pulled behind it.

All aboard for JACK's Mooring Glory pic.twitter.com/hLatAKG6vp

On route to the boat. Rich got some practice in before he left though.